Two Lenovo phones have surfaced on the Google Play Console – the Lenovo K14 and K14 Note. You may not be familiar with the K-series as it focuses on low-end in select regions. And they don’t use unique hardware, rather they are rebadged Motorola phones.

For example, the Lenovo K13 proved to be a Moto E7i Power variant. The Lenovo K13 Note was a rebadged Moto G10. With that in mind, let’s have a look at what the GPC says about the K14 phones. 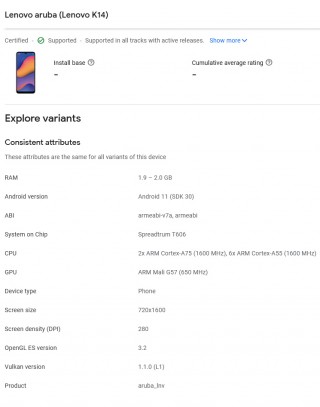 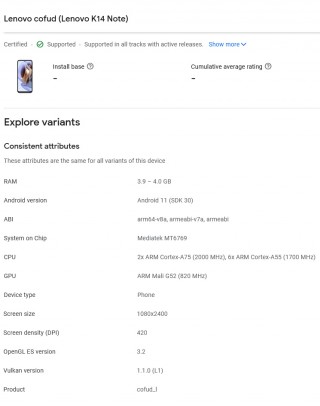 Plugging those specs into our phone finder we get the Moto G31 and Moto G41. They are nearly identical save for the camera and charging (50MP no OIS vs. 48MP OIS and 10W vs. 30W). We’re leaning towards this being the G31 as the K-series tends to be low end. The Moto G Stylus (2022) also matches the specs, but despite its name the “Note” phones don’t come with a stylus.

Back in March the Lenovo K14 Plus came out, that is a version of the Moto E40. As for the vanilla K14 Note and K14, their predecessors came out in June and March, respectively, so they are running behind schedule. That is to say that we expect a quiet launch soon with limited availability.

They have the second best Android tablets after Samsung.