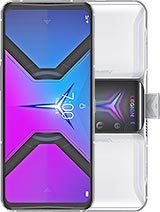 All that crazy hardware, two USB-C ports, and no headphone jack or SD card slot? C'mon! Some of the specs look so good!

still there is a app out there know as VMOS a android emulator for android smartphones
i think VMOS runs android 5 emulator but it was going to run android 9 emulator at some point because of update so the android 9 version might be out worth trying it on this smartphone maybe ?

I've owned it for about a year now, and the OS sucks, Lenovo forcing you to stick to their stock launcher in order to be able to use the gestures navigation is absurd.
No updates since february from last year and it was just a security patch.
If I knew that this phone was not going to get the support it deserves, I would have never have bought it on the first place.

I don't recommend it to anyone who doesn't like stock stuff. Not even third party devs have produced custom roms for it.

I got the 18RAM/512GB version, and I gotta say that it does work flawlessly with performance and gaming, but I haaaate having to use the three button old navigation.

any workaround to rectify Bluetooth lag, without going thru rooting and flashing?

Ugly design, lacks of most important features SD, 3.5mm.
That is why price of this freak dropped about %30.
Which is still much expensiver than what it deserves (Actual price must be arround 250 eur)

Cartooncheese, 09 Feb 2022I barely need 2 terabytes for my Xbox, let alone my phone.Well XBOX is a closed CONSOLE. Unline smartphones. You can do anything!

Extreme expensive for such a freak.

388 ppi? nice specs but i won't buy a premium phone with such a resolution.

Best budget gaming phone. It comes with USB C to headset jack adaptor, since it has 2 USB C slot for fast charging (Charges 100% in just 30 minutes and it is 5500mAh) you can use 1 slot for charging and the other for your headset. But it is still better to use dual charging have some coffee and it's full Lol. Installed emulators and had no issue playing them. Gorgeous looking phone, I have the white one.

Silent Crosshair, 04 Jan 2022I've seen other people ask this but no one's answ... moreYes..it is the same..duel 2 pro is the global version btw..

I've seen other people ask this but no one's answered them and i still can't figure this out; is this the same phone as the Lenovo Legion Duel 2??

Anonymous, 02 Jan 2022How good this phone???This smartphone is very good in nearly ever way other then storage as i think storage should be 1tb or better for gaming flagships smartphones in 2022
snapdragon 888 & 18gb ram storage & built-in fan it even has dual changing ports
screen is oled 144hz will be fast
camera & battery is flagship class as good as any other flagship
The OS should be good too
i recommend this smartphone over normal flagships its just a superior smartphone

How good this phone???