Lenovo is gearing up to release a successor to last year’s Legion Duel (aka Legion Pro) soon. According to rumors we should see the Legion Pro 2 powered by Qualcomm’s latest Snapdragon 888 and re-vamped fan cooling for better sustained performance. Now a device bearing the Lenovo L70081 model name believed to be the Legion Pro 2 appeared on Geekbench revealing it’s powered by the SD 888 and 16GB RAM. 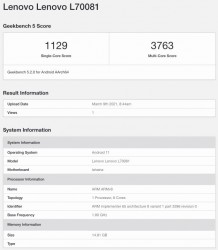 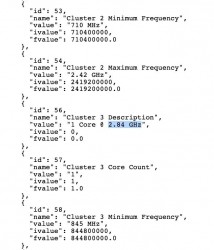 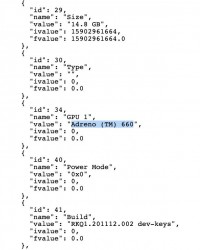 The phone managed 1,129 and 3,763 points in the single and multi-core tests which are quite impressive and among the highest scores we’ve seen to date on the Geekbench. The listing also reveals the phone boots Android 11. Other speculated features of the upcoming Legion gaming phone include a 144Hz AMOLED display, UFS 3.1 storage, and LPDDR5 memory and a 5,000 mAh battery.

Lenovo's next Legion gaming phone is coming this Spring

You must be on the ROW (Rest Of World) ROM. Switch to the Chinese/English ZUI ROM for the Z6 Pro, the latest update brings it to 11.5.381, Android 10 and whole host of enhancements. You should almost always choose a Lenovo phone with the Chinese/Engl...