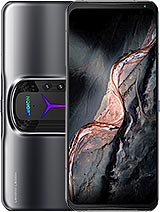 i really don't understand why people arguing about the ram usually they give you options , you can choose the lowest option if you hate more rams 🤦🤦,
i remember we have these kind of arrangement since 2gb of rams back in the time
i can't wait to have this phone
i just heard it will be in 2 variant , elite and pro , ram haters can go with elite version

salarx, 27 Jan 2022Sure, can't wait for Olympus Phone OMS 1Jip aren't going the phone way. But hey, apple has been playing with the iCamera idea, so who knows.

salarx, 27 Jan 2022in simpler terms, the food inside your oven cooks when the ... moreTo make it even more simple for you. It's possible to weather seal it. End of story. There's no excuse, because it can be done. Even on stuff with a fan.

Olympus Oms, 26 Jan 2022You still underestimate technology. But thank you for shari... morein simpler terms, the food inside your oven cooks when the oven door is closed, but if you cook the door opened, it won't cook. Also, if you're sitting in the room with oven on and it's lid open, the temperature won't change by much in your room. The size of the container, the room available inside it, it's construction material, shape, it's surrounding medium, all decide to what extent it can be cooled. That's why desktops have higher performance than laptops and mobiles, you can always put the same chip in a laptop, but there's not enough space to cool the components.

Olympus Oms, 26 Jan 2022You still underestimate technology. But thank you for shari... moreGreat example that knowing facts doesn't make you smart.
I assume you're taking about those under water servers that are submerged in water, which you're comparing to a handheld mobile phone. There is huge difference in these two, the first being the space inside the container. Even if the server is producing heat inside the container, the air has enough time to be cooled down, and given that the container is surrounded by cold water, it will dissipate the heat much faster. Even if the container gets hot, it won't matter because no one is holding it in their hands.

Now compare this to a mobile device, where slightest increase in temperature can make it uneasy to hold. Also, there's not enough time for the hot air to cool down, and surrounding medium is air (unless you're using it under water). The surrounding air cannot cool the the device fast enough, since the heat transfer is slow. In this case, the internal fan would increase the heat faster compared to a phone without a fan.

My explanation can't be more detailed, please go to school to study thermodynamics.

you just pay more for useless high GBs of ram.

salarx, 26 Jan 2022hole = air vent here If you have an integrated fan with no... moreYou still underestimate technology. But thank you for sharing your lack of knowledge. How do you think real gfx cards and servers can work with fans, under water? Weather sealing.

Olympus Oms, 26 Jan 2022So you are saying that batteries are placed on the outside ... morehole = air vent here
If you have an integrated fan with no vents, it'll become convection oven. You need to pull on cold air and push out hot air.

salarx, 26 Jan 2022Fan needs whole for air, and if it has hole for air, it has... moreSo you are saying that batteries are placed on the outside of the phone? I never knew that.

legion phone duel 2 is the best phone i ever have , super smooth for every task and games great and big screen best speakers , also untouched android ui , Everytime i need a full battery in just 20 minutes , i will definitely buy y90 , hopefully they release it globally with no delay

Oliver Wafula, 26 Jan 2022What the hell is 18gb of RAM 🤣🤣🤣18GB of ram is something no one really needs no matter how many games they have open at the same time just like having 64GB ram on a gaming pc.

Silent Crosshair, 25 Jan 2022This phone has a physical fan and a pop up camera that are ... moreOneplus 7t pro is weather sealed, and has pop up camera. Bad excuse.