Lenovo launched the M10 FHD REL tablet back in January and today the company announced a new slate with similar specs, dubbed Lenovo M10 Plus. 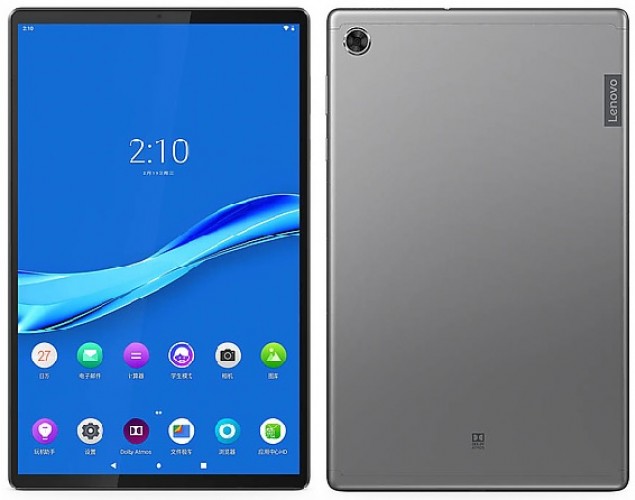 On the inside, the M10 Plus has a Helio P22T SoC paired with 4GB RAM. The tablet runs the outdated Android 9 Pie out of the box and has two storage options - 64GB and 128GB. It also has a microSD card slot, allowing storage expansion by up to 256GB.

For photography, you get a 13MP main camera on the back and an 8MP selfie shooter on the front.

The M10 Plus features the 3.5mm headphone jack, dual-sided speakers and comes with Dolby Atmos. It packs a 7,000 mAh battery that charges at up to 10W through a USB-C port. 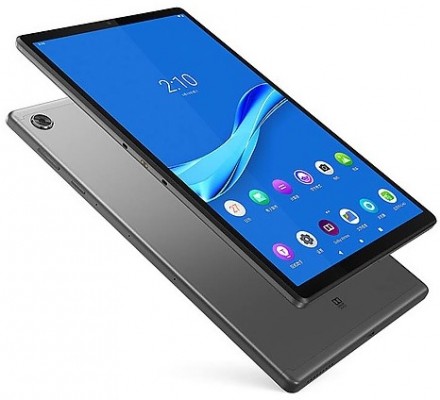 The M10 Plus supports both Wi-Fi and LTE and features POGO pins for connecting accessories.

Lenovo A7 specs and image appear on Google Play Console

Why gsmarena not uploaded full specifications of this tab... There is no updates and reviews abt this tab lenovo tab M10 plus

iPads are also twice the price. It's not a like-for-like comparison, so these comments are irrelevant.

This is pobably their answer to their own mistake the Lenovo P10. You can never merge an Alexa and Google device in one. If it's running on Android, stick to Google. The P10 has been and is currently still on sale for less than 200 USD