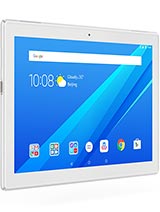 Pretty reliable. In two years had to replace broken screen, broken cable and clean the shampoo that accidentally got inside volume buttons contacts. As You can guess I wasn't very gentle with it. But hardware worked very stable, and of course PLUS version of the TAB 4 would be more reliable in a long term. My advice - guys buy devices with at least 4 Gigs of operative memory ar 128 Gigs of storage. Cheers!

How can we use messages

YELLLOOOO this here is a top of the range android ideal for casting them 3pm kick offs straight to your TV!!!

Rave, 26 Sep 2018No, it can't make any calls. Only SMS.You can call or video call only in messenger

Can I use this tablet as phone for making calls?

K reddy, 09 Mar 2019Dnt go for this unless item. I have one provide by my compa... moreFor the price it is a damn good Tablet, If you want better than put up the money to get better..but for people on a budget, or for teens this is a good Tablet and easy on the wallet to replace if damaged.

I have the same tab and it runs android 8.1.

Does it have wireless charging ?

Dnt go for this unless item. I have one provide by my company which is non other than another scarp

How long does it hold it's charge percentage?

What is the Life of Touch Screen in Life?

Does it support OTG??

sam, 24 Aug 2018when i saw the speci. of this tablet i liked it but i have ... moreThis tablet have many versions basically the TB-X304X have voice calls function over the single Nani sim

Is this tablet good for reading. I plan on buying this for reading techincal books (lots of equations, programming and diagrams). Is the screen legibility good or should I look for other options ?

Arthur, 13 Jan 2019I had the same issue but after rest it's perfectClearing cache partition seems to fix the problem temporary. They still havent released the update for this issue! :@ Slowest company ever!

Spyros K., 07 Dec 2018Since i update to Oreo the battery when the tablet is idle ... moreI had the same issue but after rest it's perfect