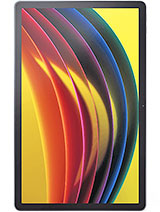 Lenovo website is showing upgrade plans completed for lenovo p11 plus (J616F). why didn't I get android 12?

do you guys still have widevin level L1 after update? mine dropped to L3

Ok, I'm here to share, that you should not try force update over Lenovo Rescue utility. I didn't get update notification and just saw version number is newer in utility, so figured what can go wrong... and it did. Even though util was showing success, tabled would not boot. Tried multiple times with different PCs...
Eventually got into internals of the utility and did flash on my own with different settings and eventually it booted with settings that where discouraged in every tutorial of the tool... I will not share how, just to not to tempt you to do the update.
Just wait for the official update... And maybe skip the current release as people are having trouble with it.

Tre, 26 Aug 2022Same here I tried it and it kept saying failed and now it&#... moreWhat countries are you from and getting the update?

dubcek, 25 Aug 2022got the notification for the android 12 update August 22 r... moreSame here I tried it and it kept saying failed and now it's back to Android 11 saying it's up to date!

Sunny, 05 Aug 2022Is anyone received android 12 update?Yes I got Today

Pockman, 06 Aug 2022Any luck with the android 12 update? It's meant to hav... moreWell a company treats its customer the way the customer themselves want. If people start to complain in twitter, email, forum, ... about the android update policy of Lenovo then they can hope for some changes but for now its just silence from both sides which I guess means that everyone is happy.

Is anyone received android 12 update?

Does it come with its own precision pen (stylus pen) and keyboard when buying it?

Anonymous, 09 Sep 2021Hang on a minute... no headphone jack and yet FM Radio is a... moreCan confirm this tab does not have fm radio

Still waiting for android 12, update matrix said from 31st May but that could mean anything tbh, they should have just put q1, q2 etc.

Anonymous, 09 Sep 2021Hang on a minute... no headphone jack and yet FM Radio is a... moreI own one. No radio unfortunately.

Anonymous, 12 Nov 2021Did not receive a single security update since release. [1]... moreheard Lenonvo promises updates and you never get them. Hate that

After owning this tablet for about 5 months now, I've had a good experience. It has a decent screen, I know it's not amoled but for what it is has decent brightness and sharpness too. Performance wise haven't had any major issues, some stutters here and there but hardly common tbh, it has enough ram to be able to have a few apps running and not choke out like my Huawei m5 10.8 was having issues with it, chipset isn't that bad not flagship but having 2 high power cores and 6 power efficient gives me a good balance for my own usage. Speakers on this thing is very good, quad set up with dolby app too to fine tune things. Can't comment on the camera I've never ever really used it for anything. Will be getting android 12 soon too and I think 12L is planned too. I think my next tablets I'd like to get a higher refresh rate, ever since I upgraded my phone which has 144hz refresh rate its given me a different experience, I might pick up the xiaomi pad at some point or whatever they bring out next year

Anonymous, 16 Feb 2022Guys I am getting this tab at half the price the only issue... moreyou must be from PK.
Sample means it is distributed for testing and evaluation purpose and user reports problem in it which are rectified before selling it official. So it is a demo model and might have problem or may be not.