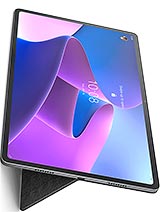 I need new phone, 14 Apr 2022What different from xiaxion version? I was searching everyw... moreXiaoxin is china rom

What different from xiaxion version? I was searching everywhere and no result.. can some one tell me ? i dont want to wasting money for low quality version

Moneypet, 06 Apr 2022240 ppi will hurt ur eyes Only if you stare at the screen real close, which no one will be doing.

243 ppi is considered very respectable for a display this size, I hope you know that.

Anonymous, 26 Feb 2022There's no tab version of sd888.. wut? There's no such thing as a 'tab' version of chipsets (excluding mediatek). All tablets and phones use same chipsets, it's not like a laptop.

No HDMI in for extern display?

Brilliant tablet bought from Lenovo UK, but the official keyboard cover or back cover aren't available which is extremely frustrating

It's held up fine in gaming here, it's a great tablet and a nice alternative to the iPad and s7+ imo.

MohammadRogami, 06 Feb 2022I love digital drawing and painting so much, so I love this... moreWith 88 eur i wouldn't be able to survive like 3 days in my country. Were are you from? Never seen base wage so low before.

I love digital drawing and painting so much, so I love this tablet so much but my income is super low, I am a teacher and income is monthly 88 €, half of it goes to supermarket loan😔😔😔😔 so having this amazing tablet is a dream

Anonymous, 24 Jan 2022Pls do a review of this device plsBest tab ever with only 600eur

Pls do a review of this device pls

for anyone wondering about the software support, it will apparently get updates into 2024, dont know how if 2023 and 2024 will include OS updates or just security patches though

No chance until now to find the LTE/5G version. The next generation will appear soon and there is no news in stores about the P12 Pro LTE / 5G version.
This is one of the best Apple/Samsung killer.

James.D, 06 Dec 2021Bro what are you on? The SD 870 can run pretty much everyth... moreNot only that, but the SD870 doesn't overheat as much as the flaming hot SD888/888+, making it the best performing snapdragon chip with good thermals, and I'd much rather sacrifice a bit of power for better thermals.

Anonymous, 18 Jan 2022Better than Samsung S7+ in every wayYes