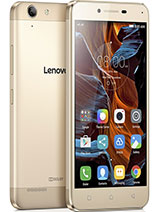 Phone killer, 22 Sep 20204 years as a dayli workhorse, some issues, but overall, gre... more my phone works with rom Android 10; Youtube show how

4 years as a dayli workhorse, some issues, but overall, great phone. Run 3 Terabytes through it, still running ok. Changed the battery once.

GBWhatsApp isn't legal, just like the rest of the WhatsApp MODs of the likes of YOWhatsApp or WhatsApp Plus.YoWhatsApp Download Page (YoWa)
These modded versions are developed upon the original app's source code without its owners' permission, as they haven't disclosed it freely to allow third parties to develop apps using it,

The good thing on this phone is dolby atmos feature. Unfortunatelly, its battery is terrible. In less than one day is gone.

Very good phone I have it for over 4 years now and the only issues are the battery and the left and right side near the edge od the touch screen dosent work. But like its very strong, i droped it some times and it just Has some small dents no cracks 😀

I've been using it since early 2016, flashed an android 8 custom ROM a year ago, bought a new battery and no complaints whatsoever, works like a charm. Of course it has its own faults as any other terminal in the market, poor battery life and heats up a little bit but by far a great experience, pretty nice screen and camera for the price, it's proven to be a highly reliable smartphone.

Very reliable. I have one since 2015. No complaints

Very reliable. I have one since 2015. No complaints

Terrible video experience! Any light gaming or even Youtube videos will turn it very hot and drain the whole battery charge in few minutes. Usually it turns off before draining because of over temp.

Durability is so amazing, i bought it since 2016

Rahul, 17 Oct 2018Waste of Money go for MiYeah xiaomi bigger ram but hard to live a year, now I back to lenovo for good