Lenovo Z5s is about to be released and according to a new leak on Weibo, the phone will come in two versions - a standard one that's supposed to be with Snapdragon 678 and a more powerful Z5s Ferrari Edition. The latter is believed to sport the Snapdragon 845 chipset.

But wait - there's more. The photo was taken from the "About" sub-menu in the Settings menu and also reveals 12GB of RAM and 128GB of internal storage. If true, the Lenovo Z5s Ferrari Edition will be the first ever handset with 12GB of RAM. 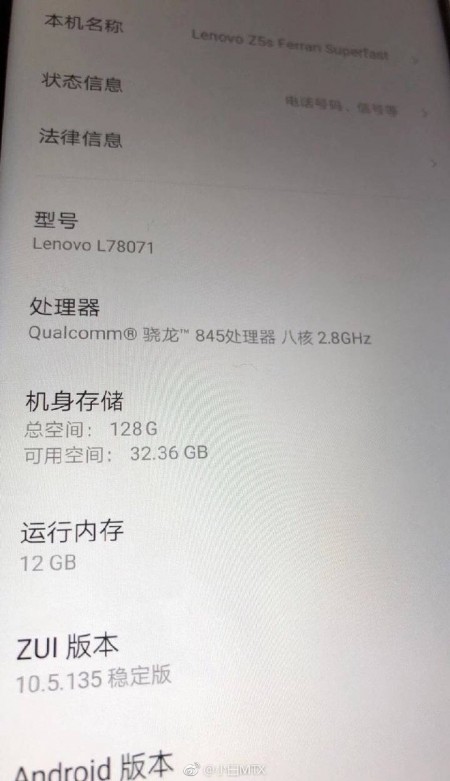 Of course, there could be something fishy going on here and we are just a day before the official unveiling, so we suggest you stay vigilant and patient. We will know everything soon enough.

Yay~ Anyhow. It's kinda hard to squeeze 3 years into a post. but I can share bits of information when you need it. ^_~

im starting to like you though. hoping you will teach me that kind of thing. im willing to learn senpai :D

Nah. Not THAT high knowledge. just use a query bot. (you can find quite a lot of these in the internet) and command it to get the databases you need. then using basic commands you are getting everything you want to know. an intermediate level devel...