Lenovo Z6 Pro 5G will have a transparent back variant

It's clear that the Lenovo Z6 Pro will have a 5G-capable variant down the road and the company's VP teased on Weibo that the 5G iteration will also have a transparent back version of its own called Explorer Edition. 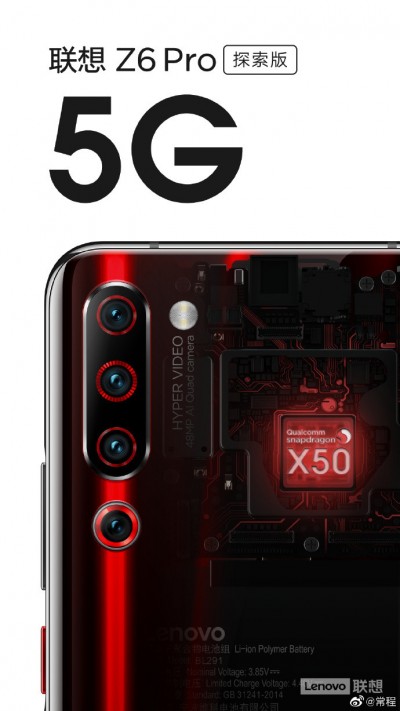 It's definitely a nice touch and judging by the renders, the Z6 Pro will be a looker. It's not clear (no pun intended), however, if the back will be transparent so you can peek into the internals directly or there will be an illustrative sticker like the Xiaomi Mi 8's Explorer. We hope it will be the former.

To remind you, the Z6 Pro 5G will come with dual-SIM functionality and supports 4G and 5G connectivity simultaneously, which is a nice feature to have. There's still some time until the device gets released, though, so don't hold your breath.

It will be just nice .....to have a view of the internal organ of the phone

My thoughts exactly. We need to give him props