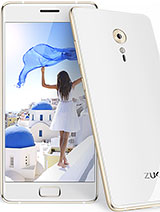 I just installed twrp (fastboot -i 0x2b4c flash recovery twrp.img ; took me ages to figure out I needed to specify the device vendor) and then Android 11 in the form of AOSP Extended (note: avoid the September 24 version).
I have to say, the phone is really nice to use!

I've been using LineageOS most of the time, but AOSPExtended is really great.

I do hope the community will keep updating it, so this phone has still some life left.

Why not specified SpO2 sensor?

Must be UV sensor
(as it was in Galaxy Note 4)

Can I get a screen replacement???

I'm still use as daily driver with Android 11

nganto, 27 Mar 2019still using this phone until now, flashed with aosp extende... moreHow did you updated to pie? Does it work satisfactorily over a jio sim?
I am having problems with them. Please help.

still using this phone until now, flashed with aosp extended android Pie.
superb phone but battery is slightly degraded (but it's amazingly strong battery after nore than 2 years of use)

function wise, this phone is still great. but from the look, especially compared to 2019 phones, very old school :)

Anonymous, 12 Dec 2018Is there Google play store in it ? And is it build on Engli... moreIt's Chinese by default but you can change it to English in Settings. Google Play Store can be installed through its app center.

Can give me Review about This Phone if Play Game "Mobile Legends" ?
How about the Performance?

I just bought ZUK Z2 PRO. Disappointed with sensitivity of digitizer to touch. It needs harder touch and sometimes needs double tap to activate within apps. It also 'forgets' wallpapers that I install from Zedge and reverts to default, (this is also an issue with Oppo phones). I also installed 'Zenlink' /share data transfer app (ASUS app) which instantly sent the ZUK Z2 PRO into an epileptic fit! But this app works well in my Huawei and ZTE Axon 7 phones. Anyway, just not happy with the unusual behaviour of this phone and the fact that ZUK has shut down its phone manufacturing and is now obsolete, so we will never get updates OTA, but have to live with Android 6. I have ordered a Xiaomi Mi5 Pro Ceramic 128/6gb, so maybe that's better behaved?

Jim, 17 Oct 2017I would go for Lenovo ZUK Z2 Pro 128GB variant as it's chea... moreLenovo is better built quality than xiaomi, i tried battery stay flat after 2years (samsung not this good, only motorola & sony do better)

As of 1/24/2018, Lenovo ZUK Z2 Pro in China has been updated to Oreo and won't leave there as of this time, and the stable release follows a beta testing phase that started in November 2017. Usually it's 2-3 months later after China to have global stable ROM released just like P2 and Zuk Z2. This software release comes with a new UI design, including for calls and text messages, a new Security Center with built-in Blacklist feature, a new U Health app, and a "Personal calendar" function.

AnonD-729475, 09 Jan 2018Hi, do you know why this time(on my brother zuk z2 pro), th... morePerhaps the servers in China are down again. I had that issue a few months ago. Really frustrating! Take a look at the ZUK Fans Europe site: there's quite a few threads talking about it there.

MRDA, 01 Jan 2018As long as you flash the 1.9 version of the stock ROM, you ... moreHi, do you know why this time(on my brother zuk z2 pro), the official ZUI 1.9.104 ST wont update? says no upgrade is available, i have already checked that the bootloader is lock