LG released its QHD display-powered G3 flagship back in May in its home country of Korea, followed by an EMEA version last month. Now, LG Canada has reported that Canadian carriers will begin offering the LG G3 starting August 1. 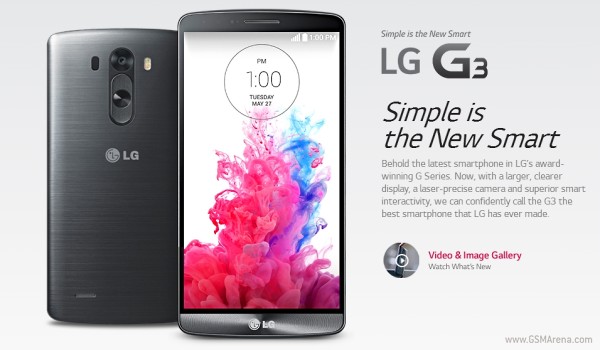 The smartphone will be available through carriers Bell, MTS, Rogers, Sasktel, and Videotron, as well as retail outlets like Tbooth wireless, The Source, WIRELESSWAVE, WIRELESS etc, and WOW mobile.

There's unfortunately no information on pricing, but we assume that it'll be the equivalent of the $600 price-range that the device is expected to debut at Sprint in the US.

Expect preorders to begin in the weeks leading up to the launch.

Telus isn't getting phone. Everybody else is except for them.

It's the 3gb model