A treasure chest of info on the LG G4 has emerged and it shows a dual-SIM version of the phone, details its dimensions, screen and battery with plenty of pictures.

One live photo of the phone shows a SIM switch button in the lower right section of the screen, though it seems that both SIM slots were empty. There's a promo image of the LG G4, but it looks like it's an image of the single-SIM version, the other slot appears to be a microSD slot. 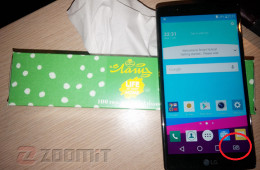 Another promo image shows the 3,000mah battery. The battery will support Qi wireless charring and it seems that LG is readying accessories to go with including a dock. It seems plain white, which doesn’t really match the leather-bound look of the G4. 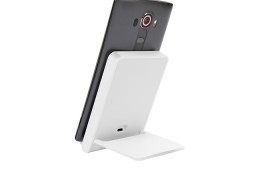 The camera on the back has been confirmed as a 16MP shooter with a wide f/1.8 aperture. The camera will allegedly support manual controls with an on-screen histogram and showing in RAW (plus RAW+JPG mode).

The screen will be a new 5.5" QHD unit, but will use quantum dot tech for improved contrast, brightness and 120% coverage of sRGB colors. The screen is very slightly curved, you can barely see it. The LG G4 will run the latest LG UX 4.0 and the company has already teased some of the new features. There will be new QuickCircle cases too. 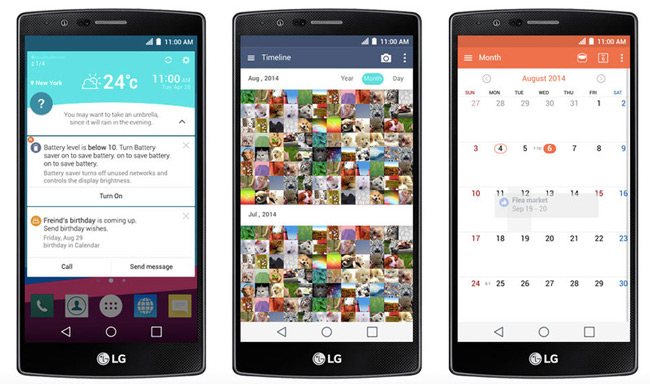 Keep in mind that these images and specs are not official yet, the LG G4 is expected to go official on April 28.

Source (in Persian) | Via