Early last year there was talk that LG will discontinue the G-series – well, rumors of its death seem largely exaggerated. OnLeaks just revealed a set of CAD-based renders for the LG G9. It appears similar to the G8X, though it has twice as many cameras on the back.

LG got up to three cameras last year, this 2020 model has four arranged in a horizontal strip (similar to the V50 and G8). However, the rear-mounted fingerprint reader is gone, the new phone will use an in-display reader.

The display is surprisingly flat – most companies are pushing for rounded sides and not everyone loves the trend. The exact dimensions of the screen are unknown, but sources claim that it will be between 6.7” and 6.9” and will have very narrow bezels. 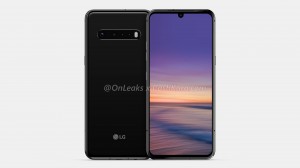 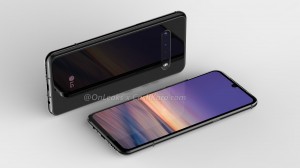 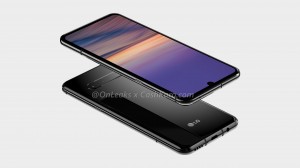 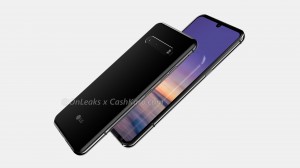 The front features a single selfie camera inside a teardrop notch, just like the G8X. LG is not on board with the punch hole trend, it seems, but at least it abandoned the gimmicky palm recognition and hand gestures of the original G8.

The LG G9 bucks the trend in another way – it has a 3.5mm headphone jack. What are the chances that it will be the only 2020 flagship to have one? Anyway, other interesting features on the sides are the SIM card slot on top and what appears to be an Android Assistant button on the right.

Oh I agree completely. I don't ever use it and I'm sure the majority of other people don't. It wouldn't give them good press though. So it's just not ever going to happen. I'd be happy if I were wrong though.

In that case, I would personally prefer a punchhole, but of course the bezels would need to be further thinned. Also one of those "true waterdrop" notches i.e. they're really shaped like a liquid almost dropping from an edge would be better.