LG launches an updated LG G Pad II 8.0 slate in South Korea. The first look through its specs sheet reveals minor upgrades over its predecessor, but once we dig deeper we found some interesting new features. 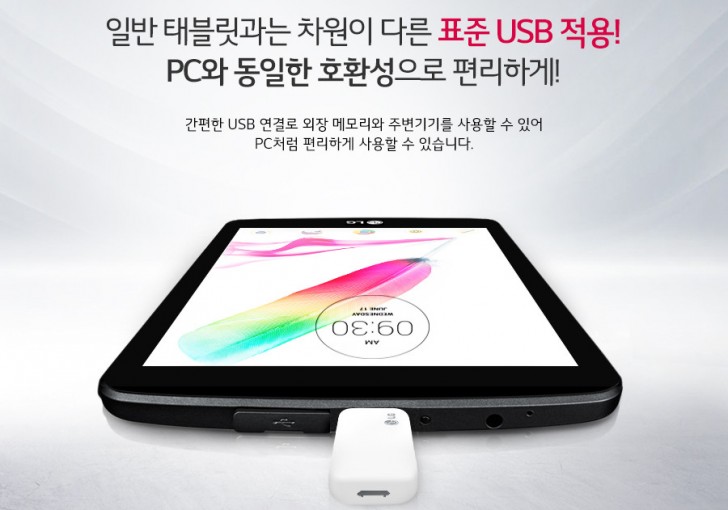 The internal storage of the new G Pad II 8.0 is also doubled at 32GB and there's microSD expansion up to 128GB. The tablet also comes with GSM/3G/LTE support and has an embedded thin capacitive stylus.

The rest of the specs include a 5MP main camera, a 2MP front snapper, a 4,200 mAh battery and Android Lollipop.

One of the new G Pad II 8.0 key features is the full-sized USB 2.0 port, which can handle external keyboards, mice and flash drives. No adapters required. 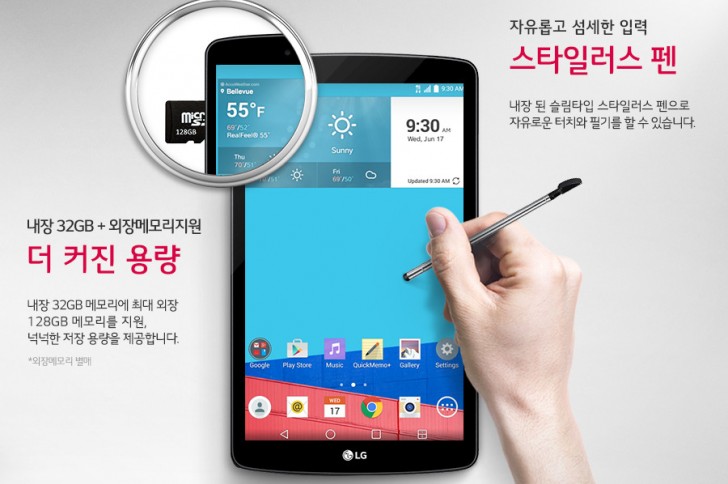 LG G Pad II 8.0 will hit the shelves in South Korea very soon. There is no word on an international release, but since its predecessor went global there is a good chance the sequel does it too.

. The messaging app on that tablet I can make text messages without Wi-Fi or data on will I be charged through my carrier