AT&T has announced a new tablet today, and it definitely looks like it's nothing but a slightly tweaked version of the recently unveiled LG G Pad II 10.1. AT&T's model is called LG G Pad X 10.1, and its specs are extremely similar to those of the G Pad II 10.1. 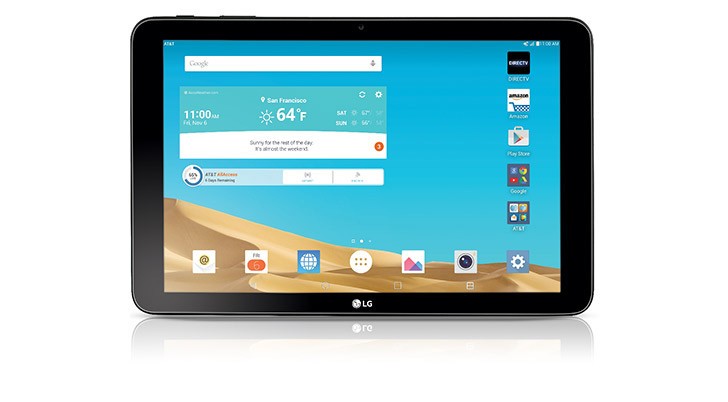 Basically the only two differences, in terms of hardware, between this and the G Pad II 10.1 are storage (AT&T's tablet has double that of the international model) and the rear camera resolution (8MP for AT&T, 5MP for the rest of the world). Otherwise, they're identical.

The G Pad X 10.1 will become available in Brilliant Bronze at AT&T online on September 4 for $249.99 with a two-year contract. You can also choose a tablet installment plan through which you pay nothing upfront then followed by 20 monthly payments of $17.50, adding up to a grand total of $350. The tablet will be offered by AT&T physical stores nationwide starting on September 11.

Here It is December and I still can't get it?