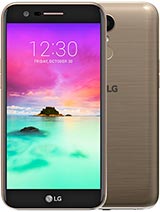 I have this device theres no fingerprint option and no oreo update ...
Any solution

I've been using it for 2 years and 4 months. Quite slim, it gives you a feeling of being higher quality than it actually is. Didn't know the camera had an HDR mode until recently... The selfie cam with wide angle was a pleasant surprise too (though I did notice it early), it even impressed people with clearly more expensive phones back then.

I never had a problem with the phone shutting down at certain percentages of battery, but as time passed by, I did encounter some variations in the charging time from 20% to full, from 8 hours to about 20. The rotation is kind of buggy and slow responsive.

But overall, the phone felt decent and did its job, you can probably get at least 3 years of good use depending on your care, with decaying responsiveness towards the end.

Will probably replace it soon by Oneplus Nord / Google Pixel 4a / Nokia 9 Pureview.

Had this phone for 2 years Works ok. Battery life questionable. Some times charges up in 8 hours from 20% Other times takes 20 hours___? Now starting to loose touch [call answering] on screen Doubt Id buy another one. Albeit wasn't over expensive from day one. Battery life is questionable from day one Never good.

In my case even with a brand new battery it kept shutting down. Terrible product. I will never buy another LG PHONE anymore.

Anonymous, 15 Jan 2020Phone is Better than i excepted Used for almost 2 years bat... moreHi, in my case the main issue was the battery, it didn't even last for half a day, in the end simply stopped charging, I had to buy a new phone even though it still was under the warranty. Totally disappointed.

Can I know the exact specification of Accelerometer of K10 ??

was It classified secret???

Plz Let me know the exact specification of accelerometer or name of it..

Hey guys I used this phone for 4 years. every things is good like cpu and ram(playing pubg and call of duty without any bug and problem) but when the precent of battery is 40 or 30 phone be off and you should charge it again and another problems are both camera's quality and plastic body

I have had my phone for two years, ever since my Samsung S6 Edge died after not even a full year of use. The ONLY thing I miss is the camera. This phone is much better for multiple reasons: it can hold an SD card and is dual-sim (good even if I don't use that option), the battery can be removed without the needing professionals (and payment), it witstands falling much better (it only has a few scratches and hasn't died yet, unlike the S6), it was much cheaper because it isn't a big name like Samsung... I like this phone so much I got a second one second-hand (also LG K10). My first one has no big camera problems, only the issue of memory being taken up all the time (I blame Whatsapp and Instagram). The second one, however, has the problem mentioned in other people's comments here. I just cannot make it focus for the life of me. Sometimes shaking it around makes it work, but there's no sure-fire way to do it. I use the second one for any apps I want to have but that don't fit on the first phone, and it's great.

One big thing I would like to say, however, is that the phone has a problem with wifi. It simply cannot see some and therefore cannot connect to them at all. Even if it worked once, when it decides it can't, you can't make it work again (trust me, I've tried). This is only a problem with the second-hand one, the first one only experiences something similar right after I boot it up after it crashes from low battery. Then it cannot see my home wifi, for example, but only for a few minutes.

Using the European version almost 2 years and every day a lot. Sure battery life drains with time. Yes it switches off by itself at around 40% battery or even 70% would need factory reset. Then it probably would be faster again too. The material and display is great for me see previous review above but the camera is a big issue. Not focusing with the installed app. Another app is focusing but too slow to capture. And bugs with rotating and alerts coming in when taking photos. I tried a choice of apps but i haven't found a good one yet each one has a drawback. Someone can recommend a good cam app for this phone?

I always used lower end smart phones (except iPhone 4) and this is the the peak model so far. The plastic housing is ok for me. Very slim. For me the display is excellent - large, good contrast and sharp, maybe turns into pink a bit but you can see it only when comparing to another phone better than blueish. You always wish it would work faster. Mem is 8GB the problem i couldn't solve is that the internal memory fills up the first phone this issue comes up with biggest mem ever. I had several Huaweis before. Usually it saves data on the SD card though some apps do not offer that setting (free cam apps). The pre installed camera is biggest fail it doesn't focus. With flash and zoom it's ok. I instaled another cam app. Great price/quality.

It not have Fingerprint and OTG not wortks, Android 8

Hichamba, 30 Dec 2018Hi man Can you please tell me whats new on android 8 in th... morethey improved HDR and added portrait mode to the selfie cam. Also I did notice some general imrovements like quality, performace and camera app ui.

Hi, I got the update from Android 8.1. I did not give me the theme. The previous one says it's not available. Error. What should I do?

Anonymous, 18 Sep 2018For me Android 8.1 just arrived today so I guess that means... moreHi man
Can you please tell me whats new on android 8 in this phone ..
And did they improved the camera 📷 or no ??