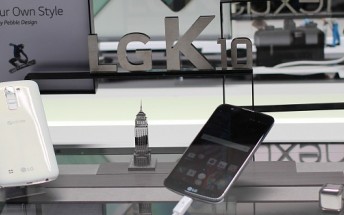 Last week, there were rumors that LG will announce as many as six new mid-range smartphones at CES 2017. The list included a successor to the company's K10 smartphone, allegedly dubbed K10 (2017).

Now, according to the usually reliable tipster @evleaks, the T-Mobile variant of the device will be called K20 Plus instead.

Specs-wise, from what all has been rumored so far, the phone sports a 5.3-inch HD display and features a 5MP wide-angle front shooter. There's also a fingerprint scanner, rear-mounted buttons, and 2.5D curved glass on both the front and back of the device.

LG it's nop a good device but is interesting