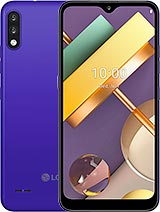 Really slow phone, not worth the price (Argentina)

What about mic, no sound in Viber, Messenger and Whatcup calls? No one hear me (with bluetooth too, no sound). GSM call and records are OK.

A good phone for the price of a PS5 game. The LG K22 is a fairly impressive device, considering it's 14% the price of a Galaxy S20 Fan Edition but still covers all the essentials. Apps usually don't take more than 2-3 seconds to open, web browsing and messaging is functional, and it can technically take photos.

YUKI93, 08 Dec 2020Don't be a Xiaomi f*ckboy, this is an entry-level phon... moreWho said anything about Xiaomi? I just pointed out what a bad price/characteristics this phone is. If I wanted something cheap I'd pick something like a Nokia or even a Samsung

Magnificent Suleiman, 25 Nov 2020Terrible phone, rubbish specs even for a low-end device. 30... moreDon't be a Xiaomi f*ckboy, this is an entry-level phone suitable for anyone who wants to go lite or for young kids as their first phone.

Magnificent Suleiman, 25 Nov 2020Terrible phone, rubbish specs even for a low-end device. 30... moreThere is no need to leave your negative toughts here. Realise that its very much low end, id say targeted for kids who shouldnt get anything too expensive as their first phone.