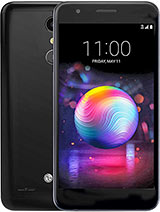 Meh. I got this as a budget of the budgets. It's run into performance issues far sooner than it should have. Has trouble loading apps period. Often fails to receive texts etc unless plugged in. Same issues with being on wifi. I'd chalk it up to my provider but it works fine on any other phone.

Love this little phone especially the fact that it just got Android pie update.

Concerned, 04 Feb 2020Are you OK? Do you need someone to call help for you? You s... moreThe LG K30 is quite durable. I must have dropped it (between 3 ft and 5 ft) over 20 or 30 times. And, it keeps on going. My ONLY negative thing I can say about it is it's memory is much TOO SMALL. I'm now running at 1.6 of memory usage yet I keep getting a "WARNING" about using TOO MUCH MEMORY ?

Anonymous, 01 Sep 2019LOTS of people... apparently much smarter than you... hav... moreAre you OK? Do you need someone to call help for you? You seem disoriented. You're having an argument with someone who isn't actually there.

Anonymous, 22 Jul 2018LOL, who has a seperate camera these days? It is 2018 grand... moreLOTS of people... apparently much smarter than you... have separate cameras "these days." Beyond my cell phone, I have a digital card camera with physical focusing capabilities, a digital SLR, and a 35mm film SLR. Each has its own role to play.

The cell phone camera is great for spur of the moment snapshots. However, having "filters" for digital post-processing isn't remotely the same as capturing raw information. No digital filter can replace actual optical depth-of-field control, for example, nor provide you with decent macro-photography capabilities, both of which my little card camera can still manage, making it superior to my phone's camera suite (Samsung Galaxy S10, which has three separate cameras on the back to accommodate three different focal setups!). My digital SLR can take the same full range of different lenses my film SLR accepts, the same flashes, etc, can literally adjust most photographic parameters (instead of faking their effects in software post-processing) and can do almost anything. My film SLR is my least-used camera, but as it shares accessories with my digital SLR, that's no real ptoblem. And it can give me film-based effects digital work can't replicate, plus can use unique film stocks that give it a range no single CCD sensor can possibly replicate. Even IR film... try THAT with your phone's camera!

A phone camera is just fine for casual use, sure, KID. But enough with the silly chest-beating. We "grandpas" (apparently, to you, anyone over 21?) will be happy using the right tools for the right jobs, whether or not you and your "kewl kids" pals agree.

VRA, 27 Jul 2018Buyer beware. I purchased this phone thinking that many fe... moreTechnically, "badging" is there, but is turned off by default.

This is a great phone! The camera on here is great! Good amount of storage. RAM and CPU are good. The display is great. And it recently got the Android Oreo 8.1 update. However, one problem. I try to scroll through the Metro By T-Mobile website, but it was laging. That's the only website that lags. But it is still a great phone!

After looking at this LG K30's specs, it isn't appreciably better than my K20 Plus, other than a slightly bigger battery and Android Nougat 7.1 instead of 7.0. My wife and I have identical phones and we added a 3rd line for her GF who was given an LG Aristo 3 free for switching service to Metro. We are saving $20 a month for our cell service for doing so, but the rep still tried to talk my wife into "upgrading" to this model for $200 plus tax for both of our phones....definitely NOT worth it. I will upgrade to an Android 9 "Pie" phone that is next OS gen 10 Q eligible....maybe late next year. s/b interesting in the meantime to see how Google will find a sweet dessert starting with the letter "Q" for Android 10...b/c there aren't any!! (in the English language, anyway).

Anonymous, 22 Jul 2018LOL, who has a seperate camera these days? It is 2018 grand... moreAnyone who wants to take a decent picture will have a separate camera. The camera phone can be 500 megapixels and it will not matter unless the sensor is good enough to capture off the data. A DSLR camera has a sensor the size of a 35mm camera film. Most phone cameras sensors are the size of your pinkie fingernail. Hugh difference. Its the reason why a picture on a 12 meg DSLR camera can be blown up with little or no distortion. And why a 50 meg phone camera picture gets blurry very fast when enlarging. Bottom line, if you are serious about your pictures do not use your camera phone, use a DSLR or equivalent.

It's a POS mine keeps saying that it has to be warmer than it should be to beable to charge. Or it will say the battery has been removed or the sd card has been.... The battery can't come out and i never take out the sd card it's a waste of money

Ringtone volume goes down to 0 by itself.....Dont buy this phone!

To get your Voice Mail you have to have the DATA ON?!?!? - OUTRAGEOUS.

Anyone have a work around?????

This term refers to the size of an image, usually in reference to a photo from a digital camera or camera phone.

A megapixel means one million pixels. The resolution of digital cameras and camera phones is often measured in megapixels. For example, a 12-megapixel camera can produce images with 12 million total pixels.

Since pixels are usually square and form a grid, a 1-megapixel camera will produce an image roughly 1200 pixels wide by 900 pixels high.

A high number of megapixels matters most when zooming in or cropping a photo. For example, some phones let users "zoom in" without losing quality, without an optical zoom lens. They do this by simply cropping an 8-megapixel photo from the center of the original 23-megapixel image captured by the camera (for example.)

Ok. My k 30 is climatic. I was in new York for two week. And My phone work perfecto!! I came down to puerto rico Star doping crazy thing like off on off on. And chat Star before My trip here in puerto rico.!!! He likes cold wheather?