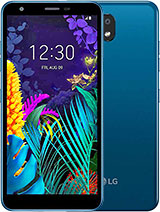 I think this phone is perfectly fine for people who don't get paid much or come from a low-income family. It's got pretty good cameras, a pretty nice CPU for such a low-budget device, just enough RAM to run Android smoothly, and it can upgrade to Android 10. Plus it has an IPS display, which is one of the best display technologies, providing wide viewing angles and vibrant colors. 1080p is just fine for me, and you guys are acting like 16gb isn't a lot for storage. It isn't, but you can prolong your storage by preserving it or moving all your photos and videos on the SD card. This is a really good phone, and I'm unsure why everyone likes to believe otherwise.

Recently purchased this phone at Best Buy. Not too bad; just got the Android 10 update today with the March 1st security patch. Certainly wasn't expecting that. I thought this phone was going to stay on Android Pie.

How do you open it to put in Sims ca4d

Total garbage. My grandmother got this phone and very quickly used up the 16gb of internal storage. I got her an SD card but guess what? The phone doesn't let you install apps onto the SD card, and there's no way to set the SD card as the default storage except for pictures taken with the terrible camera.

Oh I forgot to add... 128 gb SD card works fine.... don't be fooled with specs... 4 core is better than 8. Known bug with 8 cores on most phones. Geezy, my old Razer v3m speced out at 4gb SD card when introduced. I stuffed 16gb SD card without a problrm. It's os controlled, not hardware.

This phone gets bad raps... but is way better than Moto E6.

For starters... 3gb system, which peeps think is 2gb.
Volte is called HD Audio over LTE on this phone. May change to Volte when a different sim is installed. Though both are the same.
Has phone over wifi, and video calling baked in... again sim card and plan required to activate.
Better overall feel and build.
Prefer using the phone in high contrast mode... most all phone apps are in black when set.
Uses Verizon messaging plus and visual voice mail.
Not much bloat... though duo and chrome are baked... easy peasy to adb uninstall without root.
Setup phone to use zero power when asleep. Battery lasts a week for my needs.
Camera is good, and does not over saturate colours... and blacks are blacks!
Don't really need to root. MS Edge browser with ad block baked in, and my custom hosts file pushed with DNS66 work well at removing ads from apps. Just a wee bit of setup and the phone looks sharp and feels super clean in operation. Tracfone apps are killer! Auto enhance connections, and free full featured call blocking app from play store.Bluetooth file transfer covers all file formats. Have yet to see a format it will not transfer. Screen is aswome... extra wide landscape and even more so in emersive mode. Used a free app to enable extra quick toggles.

LG should update this phone with 4GB of RAM, a 4000mAh battery, 64GB minimum storage, a higher resolution screen, and a better camera. They should probably change the CPU too... 28nm? Really?

I bought this phone in january 2020... And i'm surprised. This cheap phone is solid, reliable and it has a FM radio and other unsuspected features...

But it's slow for some games, the cameras are 'adequate', the battery life is 'ok'... But not much more.
As I compared this cheap phone to other devices like the Samsung A10e, i'm pretty glad for having chosen LG. The built and reliabilty is there with LG.

My LGK30 cell died 2 days after the 1 year of purchased. I called customer service, reached Kate in the overseas call center. She admitted that there is a "technicial problem with this phone." I must pay 9.95 for diagnose the problem then additional 72.00 for repair the phone. What a scam!!!! I advised her that she confirmed of the problem, yet they want payment upfront. I also have LG K20plus for over 3 years without any problems.

Why would anyone at all get this over the Mi A3.

Possibly one of the worst budget phones. Get the Galaxy a20 or redmi 8. Much more bang for your buck.

Is the lg mirroring any where can not find in settings

Why are such terrible phones like this still being released in 2019? Even phones from 6 years ago were way better. God damn.