LG K7i arrives in India with Mosquito Away technology built-in

Before you ask, no, it's not April Fools. Today in India LG unveiled the K7i, a smartphone that has a key selling point that is unique indeed - Mosquito Away technology is built-in. As its name implies, this will keep mosquitoes away from you. It uses ultrasonic noise which is inaudible to humans but not to mosquitoes, protecting you from bites while the phone is in your vicinity.

The Mosquito Away tech is part of the handset's back cover as you can see from the official image. If you're not interested in that, know that you can swap the cover for a normal one. The device even comes with a Mosquito Away stand for some reason. LG rightly claims that this is the first smartphone in the world to feature this technology. 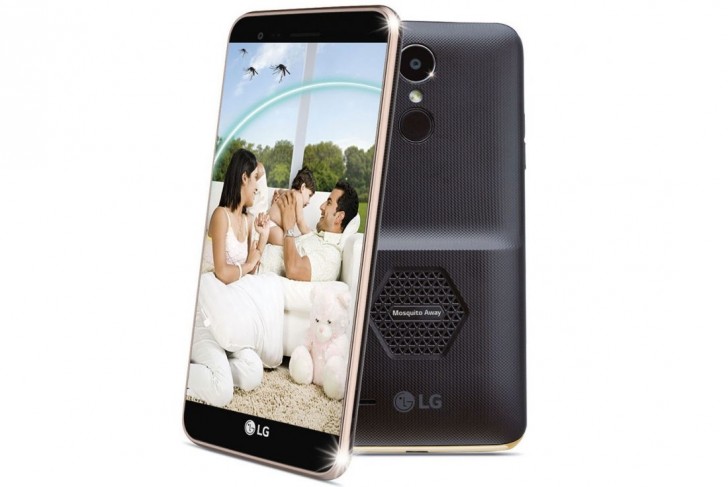 Obviously, the K7i has smartphone bits in it too - a 5-inch 854x480 touchscreen, for example, a 1.1 GHz quad-core processor, 2GB of RAM, 16GB of expandable storage, dual-SIM functionality, an 8 MP main camera with LED flash, a 5 MP selfie snapper, a fingerprint sensor, and a 2,500 mAh battery.

It runs Android 6.0 Marshmallow, so it's already two big Android versions behind at this point. With that in mind, don't expect it to ever receive a software update. The K7i can be had for INR 7,990, which at the current exchange rates means $121 or €103.

LG V30 comes with a free, yet-unannounced new Daydream View VR headset in the US

Mosquitoes are quite a health threat in korea. LG manufacturers have dedicated an entire r&d on mosquito problem in korea.

Hello, i bought this phone 2 weeks back, the phone battery is draining really fast. 100% goes down to 15% in like 5 hours with normal incoming/outgoing calls. I have removed unwanted apps, display time to 30 secs and few others which i read on blogs,...