LG introduced its latest midrange offering - Q51 - in South Korea. The device is identical to the previously released LG K50s and will remain exclusive to the three carriers in the maker's homeland - LG Uplus, SK Telecom and KT. 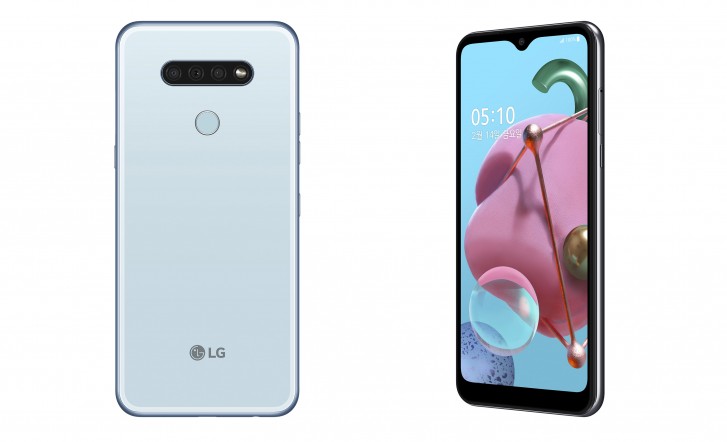 Upfront we have a 6.5-inch HD+ display with a waterdrop notch for the 13MP selfie cam. Going around the back we find the triple camera setup with a 13MP main shooter, 5MP ultrawide snapper and 2MP depth helper. There’s also a capacitive fingerprint scanner and LED flash.

The MediaTek Helio P22 sits at the helm alongside 3GB RAM and 32GB storage which is expandable via the microSD slot. Battery capacity is 4,000 mAh and it charges over a USB Type-C port.

The software front is covered by Android 10 with LG’s UX 9 on top. The phone also comes with a dedicated Google Assistant button on the left-hand-side, NFC and stereo speakers.

The LG Q51 will be available in Moonlight Titanium and Frozen White colors for KRW 317,000 ($260/€240). All three main South Korean carriers will offer the phone starting tomorrow.

My God, LG seems committed to a conspiracy where it's low end phones end up stillborn. That P22? Its a lot longer in tooth now than anything else. Could LG not muster up even an SD 632?

I would very likely buy an LG phone if I were in the market for a flagship. You see, headphones audio quality is more important to me than most things (not that others don't have good offerings). It is about midrangers we're talking about here though...