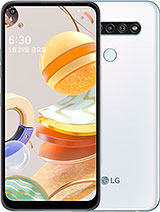 Anonymous, 26 Jul 2020Bad SOC. Otherwise it has the good specifications Its very power efficient, that is the goal of these SoCs its not a Fortnite phone but when paired with a 4000mAh+ battery its gonna last very long on a single charge! :D

The Albion, 08 Aug 2020Why is this phone actually released ? It's ( virtually... moreIt is the same phone. The Q series is usually exclusive to South Korea, and it's the Korean equivalents of other global models. The G7 Fit was released as the Q9 there, the K61 was released as the Q61, etc. Mostly midrangers.

Why is this phone actually released ? It's ( virtually ) identical to the K61

Bad SOC.
Otherwise it has the good specifications

Adul Al Salami Kebab, 29 May 2020This device cost more than Chinese ones due to software sup... moreVery true indeed

Anonymous, 19 Jul 2020Disgustingly overpriced. The Infinix S5 Pro is half the pri... moreYes, it's the brand not the specification which costs a fortune

Disgustingly overpriced. The Infinix S5 Pro is half the price with the same specs

Anonymous, 26 May 2020S10 has 12 gb ram and up to 1TB storage, and in my opinion ... moreLG's skin is way more clean than Samsung. Also, at least LG is not pushing their store multiple times a day sometimes. I own a LG phone and a Samsung tablet. I like both skins.though.

This device cost more than Chinese ones due to software support not being backed by selling the data of the user, if you complain about the price then sell the privacy to get a cheaper device such as Xiaomi(EU & ASIA) or BLU(Americas) etc etc what ever the market you live in has! :D

Anonymous, 26 May 2020S10 has 12 gb ram and up to 1TB storage, and in my opinion ... moregood thing its a quarter of a price my god not everything is trying to be a flagship

cali_kush503, 21 May 2020LG makes phenomenal phones! From high-end flagship devices ... moreS10 has 12 gb ram and up to 1TB storage, and in my opinion much better software skin

Going thru the specs made me doubt our current year is 2020.

manjot, 21 May 2020Did your redmi note gives ML STD protection..? I dont think... moreLG is not selling in the most countries where Xiaomi is selling, and LG more expensive, and most people who buy Xiaomi happy because of the price and dont matter with those push ads as have been complaint through the Internet, to those who has more money ... they will switch to the more features phones

and those Xiaomi phones are longing for more quantity volume selling with all those chinese brands, like Vivo, Oppo, Realme ... where LG is not present in those countries ... along with the absence of Lenovo, Motorola, Sony, Alcatel, HTC, Mrizu, ZTE, and many other brands that not available in all countries