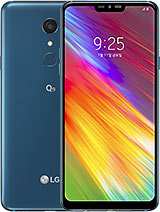 Can anybody tell if the camera video quality is good?

It feels smooth and not easily heat up like g6. But the improvement from q7 and q9 is not much. Apart from rom/ram', the q7 battery last more than q9. Im using the korea variant q925k . LG would have improve on the camera because i read in the reveiw that the q9 is good for those that loves photo and i was moved to buy this but the camera on this is not what i heard. G6 and s7edge has more better camera.. But its still a good good phone

PIE UPDATE is not available for LG Q9 & G7 Fit.

possesso samsung s5 of the first ones who came out with snapdragon 821 never have given me problems nor in community and durability
i have daily use at date of today including my partner with android 6.0 durability confirmed.

Looks good but g6 is better

>Camera improvements means >price but it only serves good to people who likes to take photos, better specs w/o decent/best camera is enough to lower the devices price, we need flagship specs without decent camera

Catherine the Great, 14 Jan 2019The phones LG are making in 2019 are so much different than... moreIt looks nice. I used LG-4 few years ago,but I've been using Samsung 8+ instead. Anyway, I'm curious, why LG still use Android 8 for the year 2019 for their new products. I think, they should be more up-to-date by using Android 9 to keep their loyal users.

yee, 12 Jan 2019and why would you need a 2k display on such device? well t... moreFor that price, looks like they are trying/going to get rid of the mobile division instead...

and why would you need a 2k display on such device?
well they just trying to get rid of old panels and processors from G4 and 5

Karl ZX, 11 Jan 2019Why is everyone blaming the chipset? I dunno if you have ne... moreSnapdragon 821 if significantly more power hungry, so a tiny advantage in processing power doesn't justify having it over a newer non-flagship chipset. ESPECIALLY with a pathetic battery like theirs