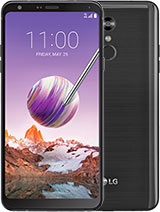 CHARLES, 13 Dec 20213 years of reliable service, switched 3 carriers, still goi... morePlease how do I switch to another carrier?

chola, 13 Apr 2022they must have mixed up their post, coz Radio is "off&... moreThe radio works only when a wired headphone/earbud set is plugged in (FM antenna).

Solid, reliable phone. Tried others and keep coming back to this one.

Alma Marcela, 05 Apr 2021NFC is checked as "Yes", but my phone does not ha... morethey must have mixed up their post, coz Radio is "off" yet it does have.

I got mine stupid cheap on amazon, like $70, it's been a loyal phone for over 5 years, been through so much and it's still intact, no cracks no jacks**t!!! Love it!
Maybe after this Google Pixel 3XL I will get another Stylo 😍

3 years of reliable service, switched 3 carriers, still going strong! No cracks on screen, no scratches! How many cell phones can brag with that? Excellent speaker phone, excellent battery charge (sometimes lasts for 5 days). Have to switch because of new carrier compatibility. LG is a good brand, make no mistake!

I've had this phone since it came out. It's okay but not great. The camera sucks compared to other phones, sound is piss poor. Internet works pretty good, plays most all video sites without issue. Bluetooth always works, I can stream XM radio from my phone to my truck no problem. I can get a 100 percent charge but it takes about 5 hours. Phone has had a slow charge issue for about a year. Tried many different cords and the issue is the charging port gets worn out and enlarged. May be getting a samsung next.

Hi,
I got this phone for free when me and my family switched to boost. My phone touchscreen stopped working july 25 of 2021. I DID NOT DROP THE PHONE. THERE WAS NO CRACK ON THE SCREEN......That said... its worked GREAT for 2.5 years. My parents and my sister still use this phone with no problems. Overall good phone! especially since I got it for free from boost. Thankyou boost.

I've had this phone since first it came out. I don't play games on it but I use it often for texting, web surfing, video watching and other application things. It's still in good working order. Battery still has good life in it even though I've seen diminished performance in maintaining charge. Speaker is not the greatest nor is the camera but they are not terribly bad. Storage space is a little underwhelming, which means external storage might be needed and few applications will probably be installed. Overall, the price-value was pretty good and I would recommend this phone unless better storage, speaker, and camera are needed.

Great inexpensive stylus phone! Have had mine since they came out, on Tracfone/Straighttalk. LED flash/flashlight stopped working (after I dropped it hard), so looking for a new phone on GSMArena. LG not making smartphones anymore, so thinking of a Moto One Fusion +. Anyhow, this has been a good phone, for what I do with it.

NFC is checked as "Yes", but my phone does not have NFC.

I had this phone for about 2 years, it wasn't great but it worked ok. It doesn't work great with more high intensity apps like games but it's fine for basic stuff like texting, email, pics etc.

However recently it stopped charging to the point where, like many of you, I get maybe 15-20% of battery life after charging it all night. And that is with the phone turned off.

I have literally had it charging, turned on but not using any apps, and it dies while charging.

And I know it's not the cord because I have tried several other chargers.

I have mine since 2018, yes it does slow down a lot but since I replaced the battery and also adding heatsink, the phone gets faster than before.

For the first year and a half (since buying it late 2018) I had been pretty satisfied. Slowly but surely, the phone slowed down significantly and I was only able to run minecraft on minimum settings and it still looked like a slideshow. I factory reset it and it did virtually nothing for my phone's performance. This phone did not age well at all and I should have listened to my friends about LG, not terrible but definitely advise against getting a phone of this kind.

As of now we are on our 3rd generation of Stylo (3-5) and are pleased overall with the improvements made over time. As my wife just upgraded to the Stylo 5, I was able to go from my beyond worn out iPhone SE into this 4.

I can honestly say that I love the phone overall. The biggest issue thst I have is that my carrier will not allow thr phone to be upgraded to Android 9. Don't particularly care though as it is doing its job and we'll at that.

I have not had any problems with the phones due to having an OtterBox Commuter w/a screen protector that has withstood the wrath of a toddler with special needs and a very good throwing arm.

Overall I feel it is a good all around phone.

Lilly, 18 Oct 2020This was my first android in a decade after switching to ip... moreThe LG Stylo 4 is a BUDGET phone and not a mid-range or a flagship so of course it is not going to prefrom well especially in 2021. This phone is too old and if you want a good budget Andriod phone I don't recommend any LG Stylo phones even the 6 based on your use case. Motorola makes amazing budget phones and so deos Samsung, OnePlus, and Poco. The iPhone SE 2020 blows most of these out of the water and it is only 400 dollars for an iPhone so if you want to go that route that's great. Samsung, Oneplus, Xiaomi, and Google make the best Andriod phones but LG makes more budget phones than flagship. I honestly don't know what you were expecting from a phone worth 30 dollars now but hopefully now you have an actually good phone : -)

Slowest phone I ever had

Lilly, 18 Oct 2020This was my first android in a decade after switching to ip... moreare you stoopid. your first android is literally one of the crappiest out there and you complain.

Anonymous, 06 Jul 2020Thats very violent, you should be banned for that.tbf it is really slow