LG’s last accessory at this MWC looks quite interesting. It’s the 20cm LG Rolling Bot - a home monitoring system. The spherical fella has an integrated 8MP camera and can livestream everything that’s happening in your home. There is a microSD slot if you want to capture and save photos or videos. 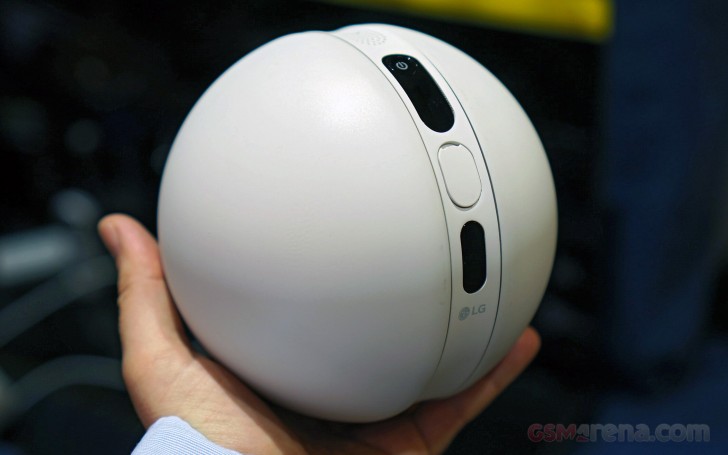 You can move it around your house and use it a remote control as well. It has an infra-red emitter, so you can fire up and control different appliances in your home - the TV, sound systems, air conditioner, among other things.

Finally, this cute robot can also take care of your pet. You can use it to watch and play with your dog or cat, you can even speak to them thanks to the integrated loudspeaker.

The LG Rolling bot features a camera, a microphone, a speaker, there are some LEDs, too. It can be recharged via a regular USB charger, and we can surely put it to some work while we are away from home.

The rolling bot will hit the shelves around the same time the G5 goes on sale. Its retail price is yet to be announced. The compatibility of the Rolling Bot is yet to be detailed as well, but we hope it won’t be limited to just LG smart devices.

To convince prowling eyes that your home is not empty while you're away for a while, perhaps? (so it's an automated timer plug really. More automated.)

nice but i dont have a pet...is ant count as pet?

i dont see much use for this unless you have a pet. Why would I want to turn on my tv remotely?