A smartphone stylus is a rare sight, especially when we’re not looking at Samsung’s Galaxy Note. Rival LG has approached the market from the other side – the entry level – and will soon unveil the LG Stylo 4. It's a version of the LG Q Stylusα that was unveiled last week.

The previous Stylo phone, the 3 Plus, was smaller despite its "plus" name. This one joins the tall aspect ratio screen movement with 6.2” 1080p+ screen. The stylus is capacitive, so the screen doesn’t feature and extra digitizer.

The LG Stylo 4 is powered by an unnamed Snapdragon chipset with a 1.8 GHz octa-core processor (The S450 is a likely candidate). It has 2 GB of RAM and 32 GB storage (21 GB user available), plus a microSD slot. Note that the Q Stylusα has 3 GB of RAM. The phone will launch with Android 8.1 Oreo. 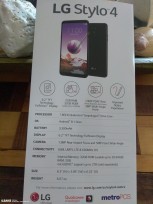 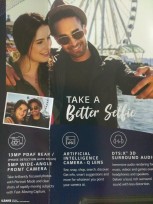 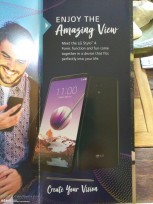 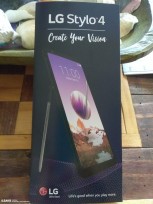 The camera department hasn’t changed much in terms of hardware, it consists of a 13 MP rear camera and a 5 MP selfie cam with a wide-angle lens. The cameras feature Portrait mode and (of course) AI, specifically LG’s Q Lens as seen on the G and V-series flagships.

Speaking of, the phone also sports DTS-X 3D surround audio for immersive sound when you use headphones. Not bad for an entry-level phone. The 3,300 mAh battery sounds good too.

Interestingly, the Stylo 4 supports the 600 MHz LTE band. That means it will likely launch on T-Mobile USA (the 600 MHz band offers the best LTE coverage). If not on T-Mo directly, the phone will certainly be on the MetroPCS network as suggested by the official page listed on the dox.

I totally leaked this brochure to gsmarena like 4 days before this source did. Lol. Not that it was a real leak, the brochure was out. Lol.