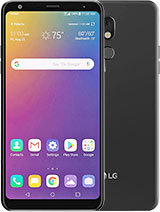 BJ, 23 May 2021Bought a LG Stylo 5 as a gift for my husband less than 2 y... moreMine is going strong for 3 years now. Not an expensive phone so was paid off when I got it. One of the reasons I avoid the overpriced $1000.00 phones. Too much money and most people I know who have to have them always have issues with them lots of issues with them..... That's the issues with the overpriced status phones all brands have. Some are far worse off than others.....

Anonymous, 01 Jun 2021Comcast is the worstYour problem is comcast not the phone

Since the phone is slowing down significantly, I added Artic MX4 to the CPU. It helps the lagging.

Maybe when the geeks were sucking down red bulls and designing this pos they should have cut the number of features in half and made it so you access them especially since they were to cheap to include any instructions with this brick. Features which the user can't access or control are useless. Everyone doesn't want to sit and play with phone 24 hrs a day like the freaks that designed this. maybe they should have spent more time getting the features it has to work right be they put 1000 features in this POS.

My LG can no longer connect to the network as of July 16th around 6AM EST. Tried multiple fixes and tests but I'll make it short:
SIM card still works in other phones.
Phone can load and unload contacts from SIM.
Factory reset the phone to make sure it wasn't a software issue. Still no network on boot.
Phone had no network issues before then.

Unless some software settings survived the factory reset, I figure it might be a hardware issues. It's a shame phone's don't last.

i think the carrier should be have to replace the phones when they can't connect to towers .like boost i had boost for years the 2 stylo 5 's i have were bought less then a year ago they now tell me i can't use them i need to buy a new phone .i live on a fixed income i can't afford a new phone. i'm 68 years old .this is not right

Anonymous, 05 Nov 2021I bought mine brand new and within 2 WEEKS starting having ... moreMine did the same thing

my Lg stylo 5, was newly released 2019 so we bought 2 . Now 2021 we get told that it is not compatible to 4G or 5G that it is outdated 3G phone and that we need to buy new ones. WTF so this phones are going to cost me $200 per year per phone??That's ridiculous, I am not complaining about that the phone when you hang up, that it calls that person right back, so I have to shut the phone dept. down from the phone. I finally just learned how it works.

Anonymous, 28 Mar 2021Mine is phsycotic tooI bought mine brand new and within 2 WEEKS starting having BIZARRE issues like phone calling a person I was standing next to ( phone in another room) apps opening own their own! And ended up having to file a claim and pay Ida ductable due to a manufacturer's defect which I thought was just totally ridiculous they replace my brand new phone with a TracFone a flip phone mind you after about 8 hours total on the phone with text from Verizon a text from Insurance Company I got a replacement Stylo 5 Within two months it started doing the same thing whatever you do don't buy this

TBGood, 15 Oct 2021None of our opinions on these phones matter anymore since L... moreMay be because of the new volte technology. I got warned by my provider my stylo 5 wouldn't work soon.

Walle , 22 Jun 2021I don’t remember my pattern how else can I unlock my phone ... moretheres an easy way to do it if you dont have google account ...give it a reset like mentioned , dont remember the exact procedure but its on youtube .....took me several vids before i got it for my stylo4 sure its the same though ...seems hard but once you do it its easy as duh ....go through set up get wifi turned on dont try to sign in go to accessability and get to google maps ....theres diff ways .....cant remember but it can be done .....took me 2 days to get it and it was easy after that ....was several yrs ago......it can be done ....oh will ease all info you have but your in ......

been a fan of the stylus phones had the 4 and the 5 there a decent phone for the price mid grade but i think its time for something new :) i recommend

I was sent to the phone store to get a new phone for myself after what happened to my old phone. I was originally gonna get a galaxy, but the worker there told me that if I wanted a phone with good quality and camera settings I should get this. That guy can rot in hell because ive never felt more lied to wtf! This camera is ass. Pretty decent phone but the galaxy like i planned, would have been better.

worst fuc....n phone Its a disgrace together with pep stores

Hope you burn inn hell this phone sucks balls! Not been worth shit..

I like mine, no mayor problems, only minor problems.