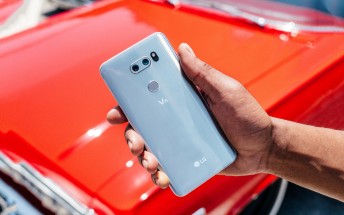 LG has opened a new chapter in the V-series and perhaps its entire smartphone lineup  the LG V30 shows that OLED is the way of the future and does away with the iffy secondary screen. But its not the screen that is the main attraction, instead LG is most proud of its latest dual camera.

Early teasers told us that it will have the brightest aperture on a mobile phone  f/1.6! - but now we can tell you that the wide-angle camera is similarly impressive. It has an f/1.9 aperture, much wider than the f/2.4 that has been used on the LG G6 and V20.

Moving around to the front, we find a 6 P-OLED screen that covers 82% of the front. It is HDR10 enabled and supports Always on Display as expected. The secondary screen is gone, replaced by a combo of the Floating bar and the Always on Display functionality. Dont worry, the wider 18:9 screen means you still have plenty of room left for apps.

And those apps will run on the powerful Snapdragon 835 chipset, a noticeable jump up from G6s 821 chip. The LG V30 comes with 4GB of RAM and either 64GB of storage or 128GB (expandable, of course). 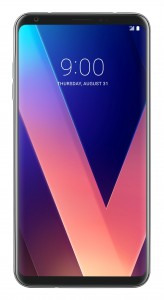 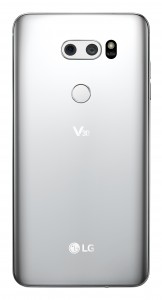 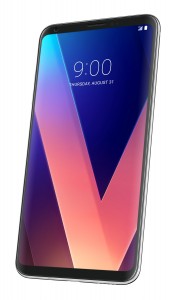 Now some good news and some bad news. The V20 was among the last phones to have a user-accessible battery, but the V30 went another way  the 3,300mAh battery is sealed. Theres fast charging over the USB-C port as well as wireless charging.

The V-series were also known for their ruggedness and that is still true  the sleek aesthetics of the metal and glass body conceal a IP68 waterproofing (new to the series) along with the usual MIL-STD compliance.

LG hasnt abandoned its musical ambitions either, the LG V30 comes with a QuadDAC. Did we mention that theres a 3.5mmm headphone jack on top? Note that once again the QuadDAC is subject to regional availability, as are the in-box B&O headphones.

Theres a lot more to the V30, including Acoustic Overload Point microphones and ability to shoot video with a log curve and color grade it later. As we said, the camera is the star of this show. Check out our hands on for more information on LGs latest flagship.

Every smartphone has been using plastic lenses since time immemorial and this is actually the very first time a phone uses glass lenses. And I mean the actual camera lens, not the glass covering the camera lens. LOL.

Meanwhile outperformed in S1, S2, Note2, Note 4, S6, and S8. With almost all those generations having better cpu, efficiency, and audio. Go figure.