The LG V30S ThinQ was announced back in February at MWC, but it only went up for pre-order in the US at the beginning of this month. Not one week after that we already saw its price dropping by a cool $200, but at no point was there a shipping date mentioned. 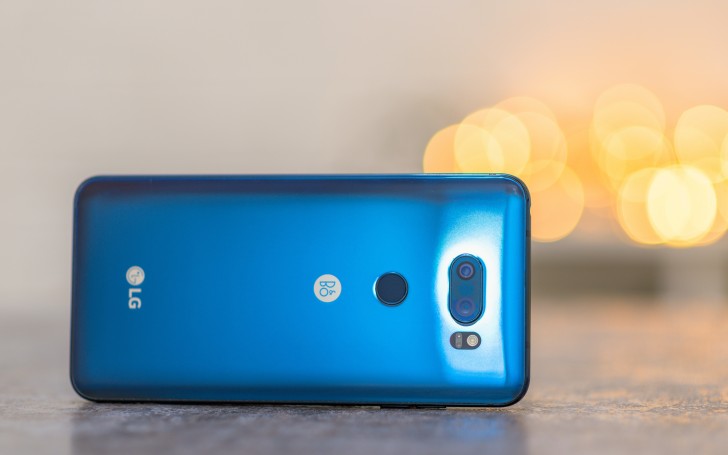 No need to wonder anymore, for the V30S ThinQ is now in stock at B&H. The retailer boasts that it has an exclusive of some sort, although that may just be for one or both of the color versions it offers: Glossy Moroccan Blue and Matte Moroccan Blue.

If you're interested in LG's refreshed V30 (because you hate the G7's notch, perhaps), then know you'll need to pay $729.99 for the privilege of owning a V30S ThinQ. For that amount of dough you're obviously getting an unlocked model, one that will work on any GSM-based carrier (such as AT&T, T-Mobile, and the MVNOs using their networks), but also on select CDMA carriers, provided that they will let you activate it on their network.

LG Q7 shows up on Geekbench with Helio P10

I can only notice detrimental PWM effects below 42% brightness, rather than 80% (gross indication with high speed shutter, swinging pen or fan in front of the screen). Perhaps the screen has been upgraded? v30+

I know and I would do the same, but I still don't understand who would buy V30S for such a high price. I think it's lack of vision and management failure at LG.

You can own a V30 for far less with much the same hardware. I would either go for the G7 or the V30 as it already has an update for the V30 thinq software including AI camera and all.