A leaked LG V35 ThinQ live image grabbed headlines yesterday. Now, we have the actual source of the image - the Wireless Power Consortium website. Yes, the device is listed there along with the same image. 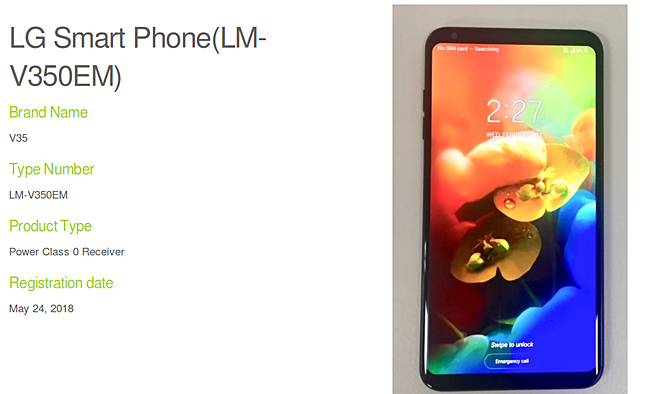 The information about the phone's WPC listing came from renowned tipster Evan Blass, who took to Twitter to reveal this.

PSA: That "live image" of the LG V35 (Emma) comes from the Wireless Power Consortium database, which has nearly a dozen variants listed. pic.twitter.com/rp3G061LW0

Korea should be the first country to get the V35 next month. Over in the US, the device will arrive as an AT&T exclusive in August.

Much better than the G7! Notchless! OLED! And no curved edges like the S9.

Look around, worth it. The v35 sounds great to me. First time Inpicked up a v30, it felt amazing. Looks great, feels better than any other device. Is feature rich. What killed it for me was the burn in. Very obvious on most store units. Also the came...

Been hunting V30 to get an in-hand feeling, but they're not sold in mhc. So even after hundreds of positive reviews have not seen one around. Guess I'll get to vivo apex, that will appear on our shores sooner, than LG.