LG is trying some exciting design in its attempt to regain the lost ground in the smartphone battle. Instead of always running behind other competitors and their slabs, the Korean company decided to run its lane and re-invent the idea of how one should use a smartphone.

That’s how the LG Wing came to life - a phone with a 90-degree swiveling screen that reveals a secondary display underneath. We took the phone for a quick test drive before handing it out to the review team for the thorough test process to give out the final verdict.

We were lucky enough to get the Illusion Sky color - it is technically White, but goes from one end of the color spectrum to the other, making it truly a head-turner. At first look, it might resemble the Galaxy Note20, or some of the Oppo Reno4 phones - big vertical black circles for the cameras is always a safe choice. 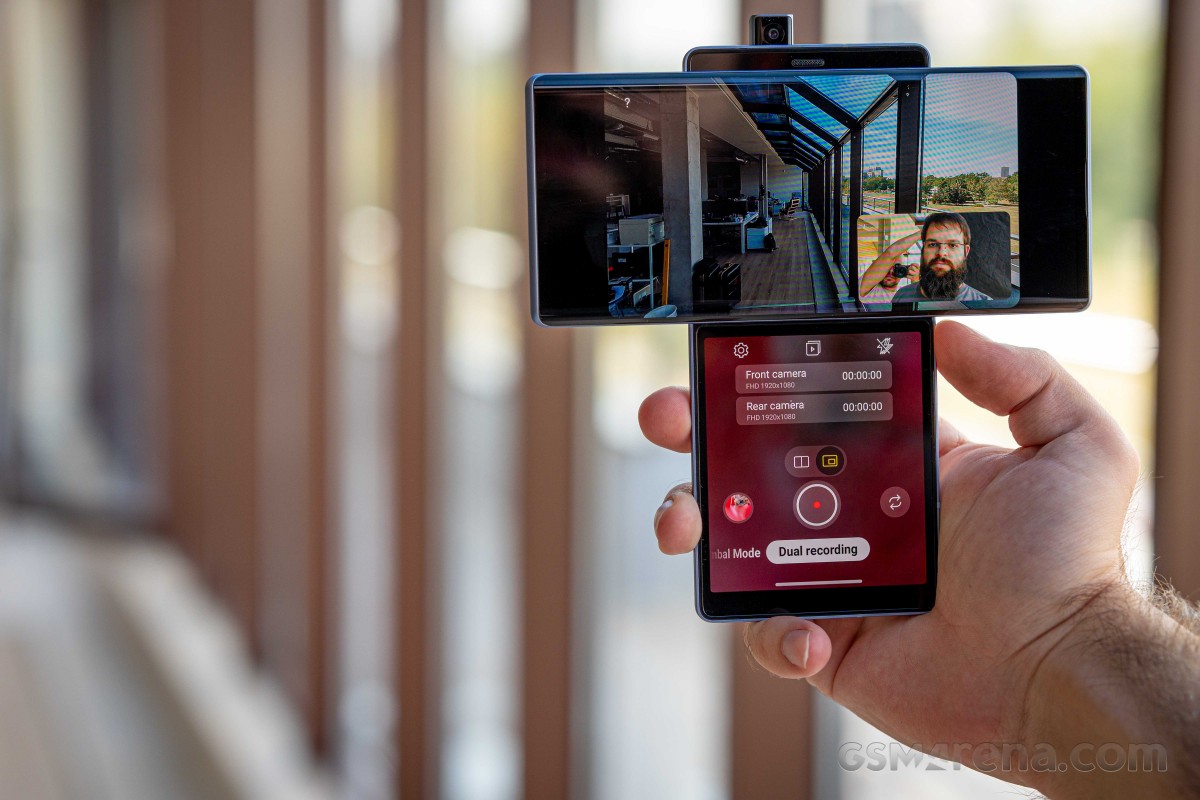 The front is a good-looking relatively big 6.8” P-OLED, while the panel underneath is an almost-square 3.9” secondary G-OLED. Bear in mind that it is a small panel, not a big one that somehow remains hidden behind the mechanism - that sounds logical when explained, but it creates a different impression at first. 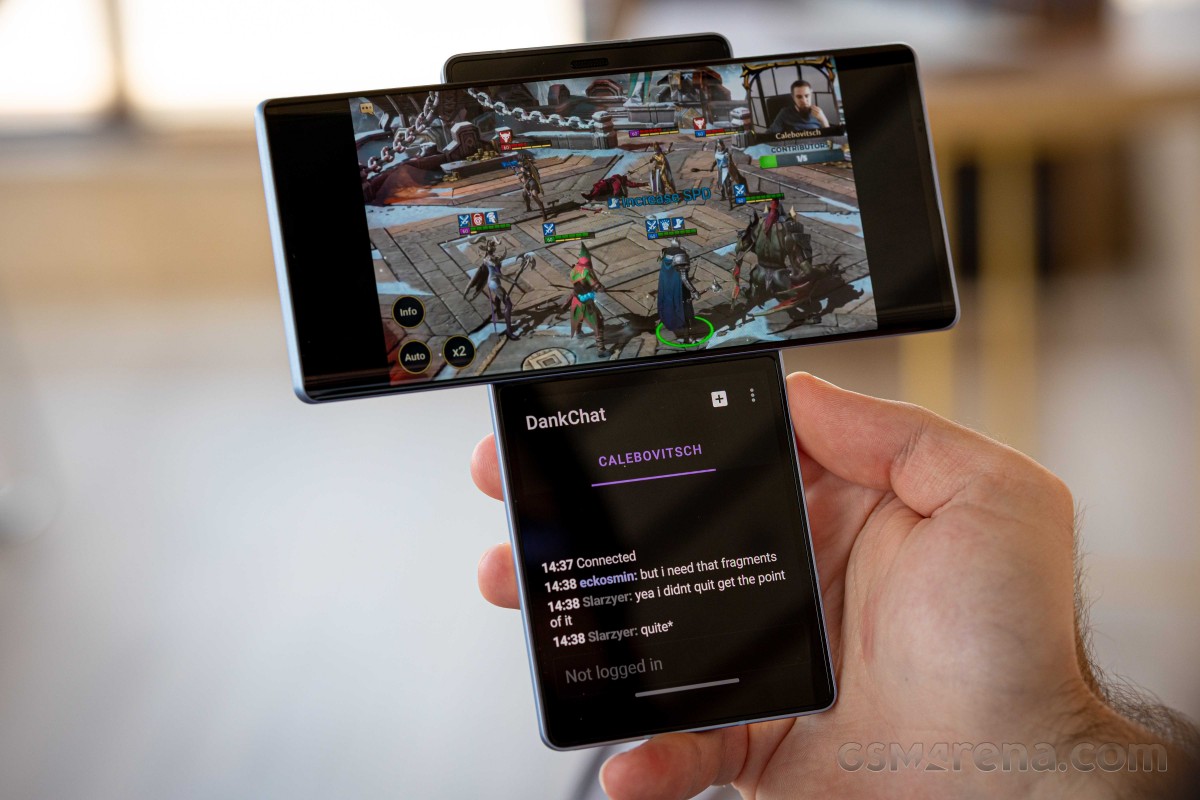 The main question about this phone is “why would one need this type of secondary screen.” The main use-case scenario of the LG Wing is for vlogging - video is recorded in landscape mode while the phone is held in portrait, which makes the whole process more convenient. The phone also offers gimbal-like stabilization, but it utilizes the ultrawide cam, which does not have 4K video recording. 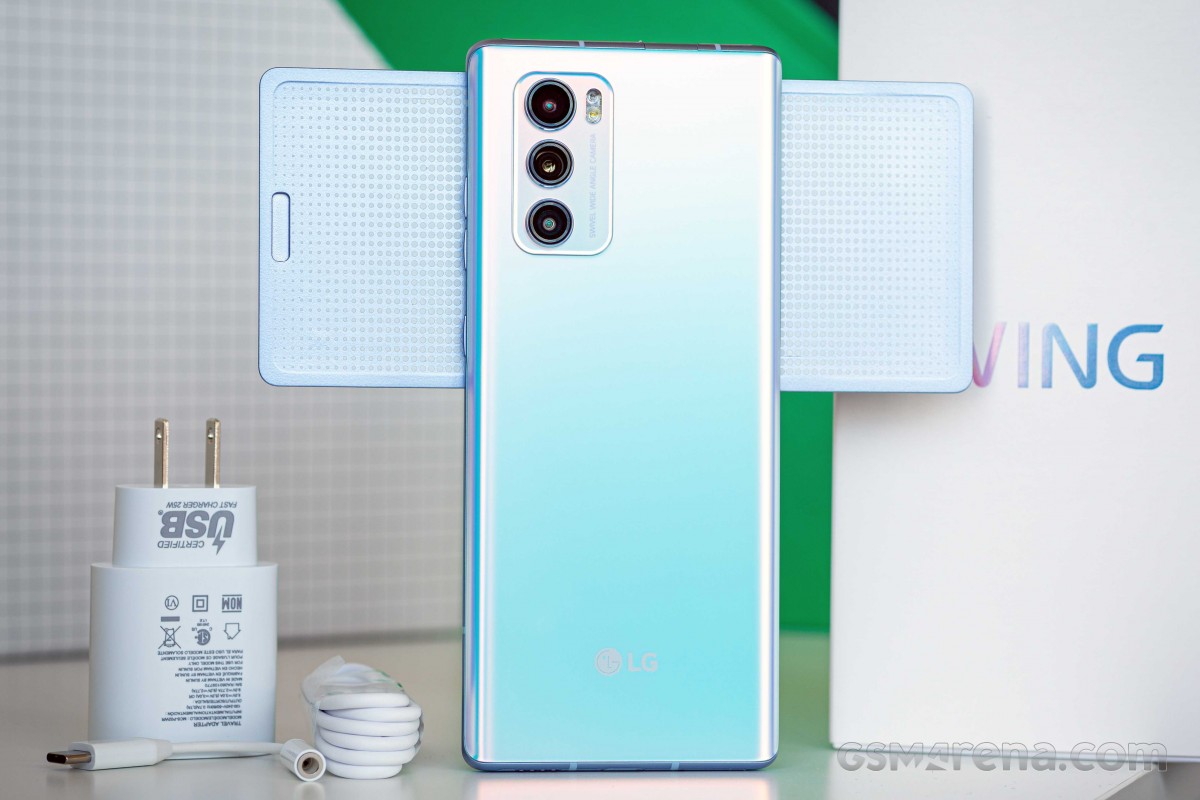 LG has developed some cool features to utilize the interesting design, like turning the secondary screen into a dedicated keyboard or a trackpad. There’s also the dual-screen feature that lets you two apps simultaneously, but not the same apps, and the UI supports only a limited number of apps.

We'll see how well those work along with the rest of the phone in our review - stay tuned!

I've had several lg, the G3 was my favorite of all times, but i changed brand because they failed in to many black screens, chashing from nothing, even in the first uses in the day, even when cold and no usage. Shame, all of them worked great...

It's nice to see LG going back to its roots as an innovator and risk taker when it comes to thinking outside of the box. LGs are always underrated which makes them a good buy to those of us who appreciate their products.