Each of the phones in LG’s X-series has a special skill. The new LG X4+ is rugged with a MIL-STD-810G certification, similar to the X venture though at a lower price point.

This isn’t a simple low-end affair. The phone boasts a high-quality DAC with support for 32-bit 192kHz audio. Or you could listen to FM radio instead. LG Pay is also supported for when you’re back in civilization – complete with a fingerprint reader on the back for authentication.

And when out in the wild, you can shoot 13MP photos with the rear camera and 5MP wide-angle selfies (100°). 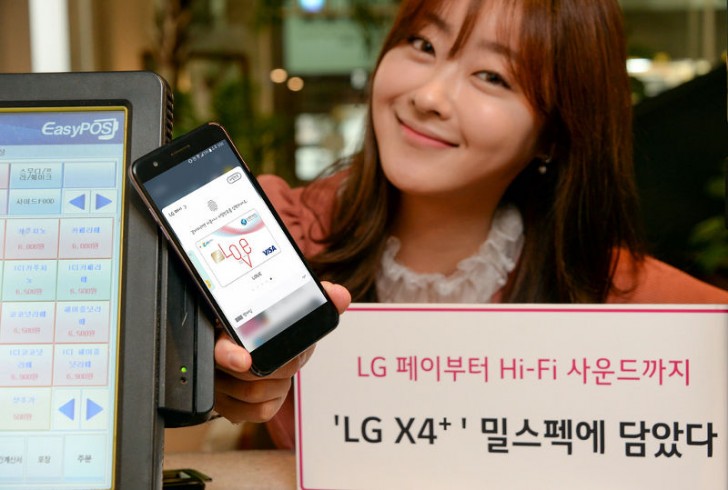 The LG X4+ will be available on the three major Korean carriers at a price of KRW 300,000 ($280/€230) with a choice between Moroccan Blue and Lavender Violet for the exterior.

It’s not clear if it will get a western launch, but in case it doesn’t you can consider the more capable (but more expensive) LG X venture. Or if you don't care about the ruggedness or the DAC, check out the LG K10 (2017) instead.

LG X venture is now available for purchase in US

Is this one actually mil title worthy unlike the v30?

I doubt LG is ever gonna stop...

Phone specially designed for filming adult movies and scenes as such.