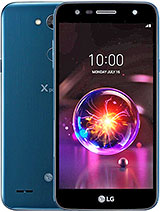 Nik, 07 Feb 2020I've owned this phone for 1 year and a previous model Power... moreYes Yes Yes I have one for 2 years already and nevert had a dropped call and the battery holds for more than 24 hours ... after 2 years and it`s the original battery ...

I've owned this phone for 1 year and a previous model Power X 2 for a year before that. Have to say it is one of the greatest phones I ever had for a low price tag. Powered by Android 8.1 this phone is rather functional and battery life is enormous considering 4500 mAh capacity. It would roughly last me 48 hours under normal usage. The things that I don't like are the back cover is slicker compared to X 2 and the phone tends to fall off your hand. Not too many improvements done since X 2 so X 3 is definitely not worth of an upgrade unless you get a good deal on it.