Honor confirms list of phones to get Magic UI 3.0

Huawei sub-brand Honor today announced a bevy of new products at an event in China, which include two smartphones, two laptops, and a smartwatch. Additionally, the company shared a list of smartphones that will get Android 10-based Magic UI 3.0. 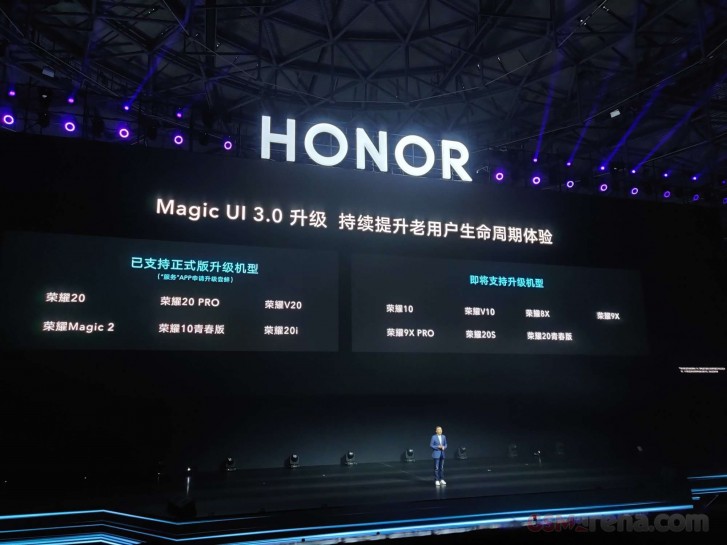 The list includes the Honor 20, 20 Pro, 20i, V20, Magic 2, and 10 Lite which have already received the update or are currently receiving it.

And, the smartphones that will get Magic UI 3.0 in the future are:

Honor didn't reveal any timeline for the rollout of Magic UI 3.0 for the smartphones that are yet to receive the update, but judging by its current rollout it can't be more than a couple of months until the list is done.