macOS Ventura gets Stage Manager, option to use iPhone as a webcam

Today at WWDC, Apple unveiled macOS Ventura which will come to its Mac computers in the Fall. In keeping with recent macOS announcements, Ventura is a subtle update that mostly keeps the visual style intact.

The biggest new feature is Stage Manager. It's an overhaul of Mission Control, that you enable from the Command Center (and can disable if you choose to). Whereas Mission Control showed all running apps on the screen, Stage Manager keeps your currently-opened app in focus and bunches the other apps by category to the side. 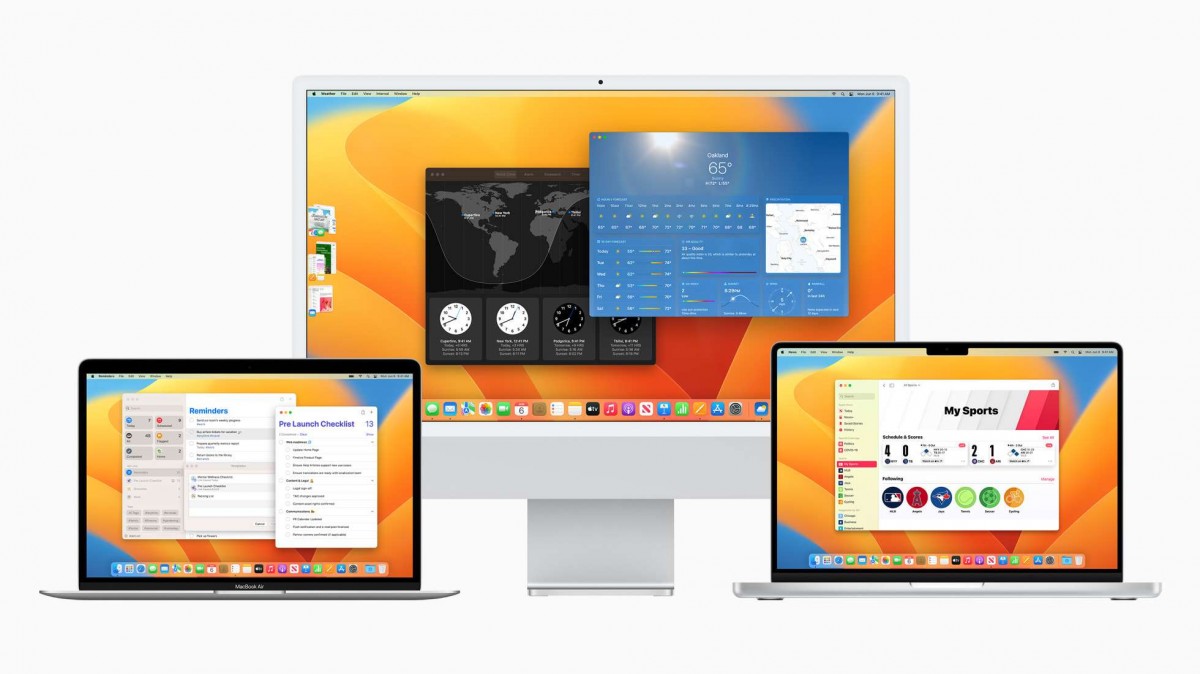 You can basically "live" in this view and continue working on your current app uninterrupted. Clicking on an app from the side brings it up in focus so you can quickly switch back and forth. 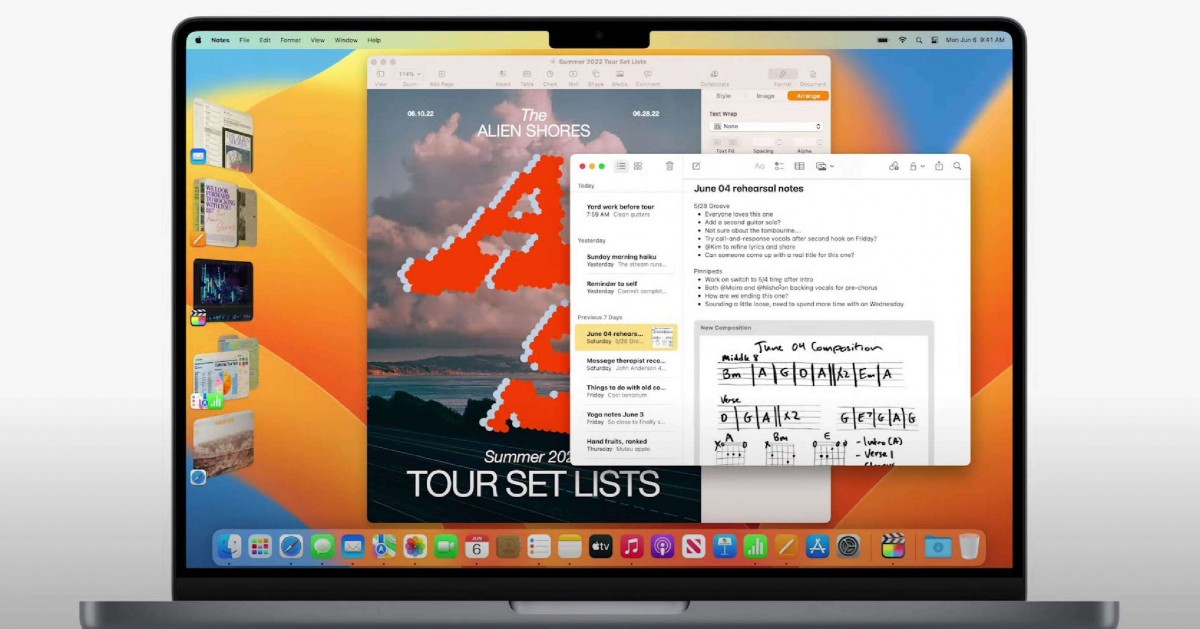 Continuity Camera allows you to use your iPhone as your webcam. The Mac automatically recognizes the iPhone and defaults to its cameras, instead of the built-in FaceTime camera. Continuity Camera taps into the iPhone's ultrawide camera to enable Desk View, which simultaneously shows a person's face, as well as an overhead view of the desk. Center Stage, Portrait mode and Studio Light are also available.

Belkin will make special mounting accessories that will go on sale later this year. 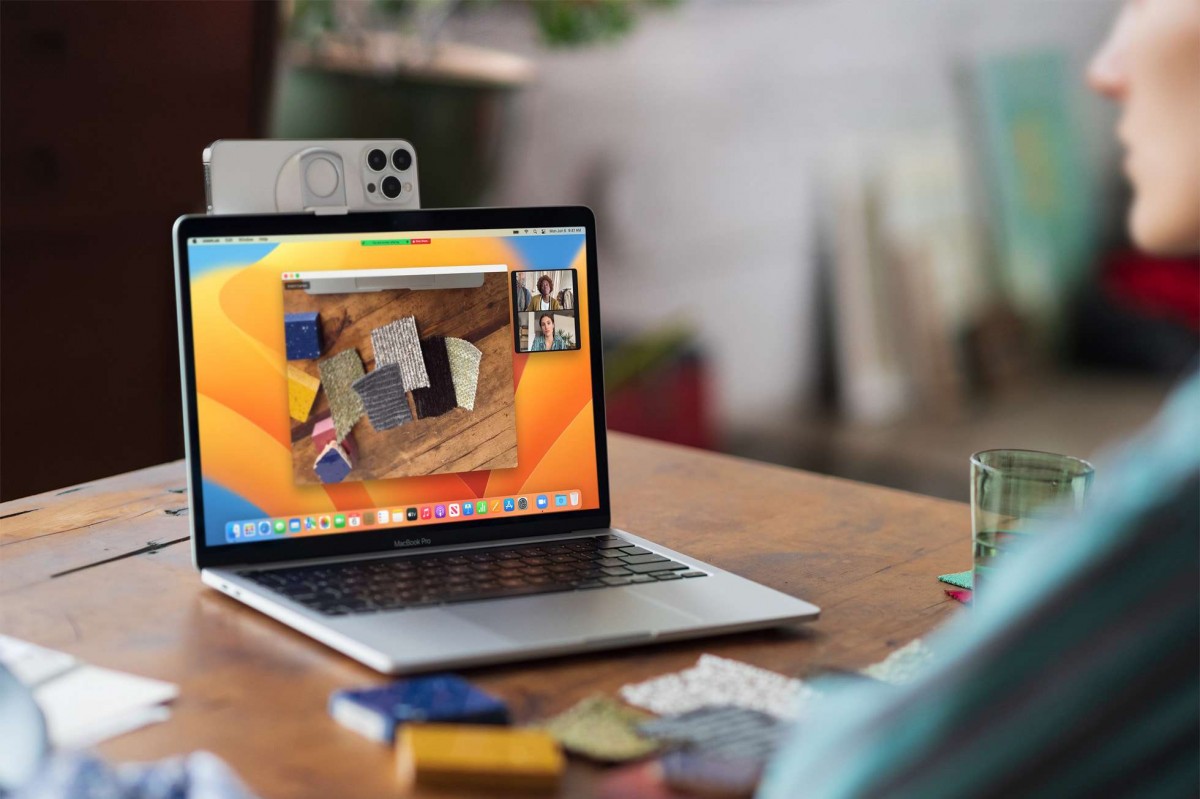 With FaceTime Handoff, you can start a call on your phone and fluidly pass it over to your Mac once you get close. 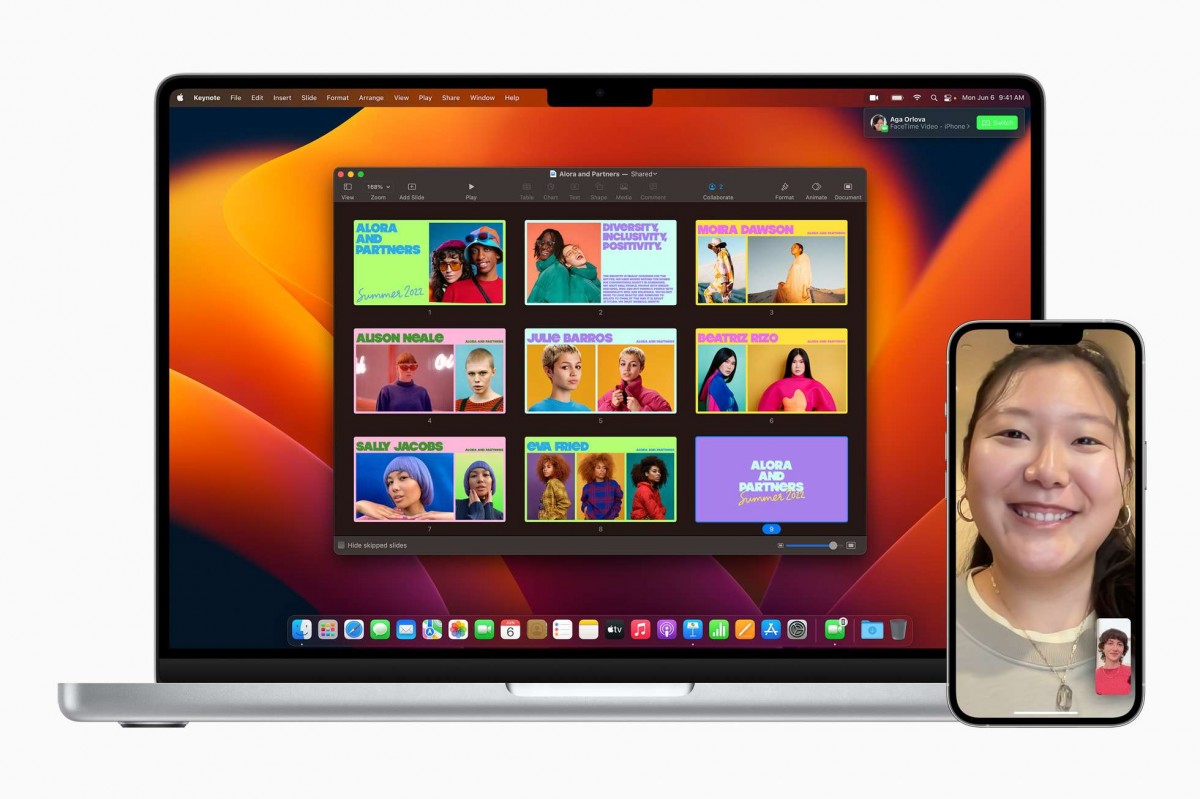 Spotlight has gotten a facelift and is smarter. It features a Quick Look for previewing files. You can find images in your photo library by location, people, scenes, or objects. Live Text allows Spotlight to search for text within a photo.

Speaking of Photos, like iOS 16, macOS Ventura is getting iCloud Shared Photo Library, which allows up to six users to create and collaborate within a separate photo library. 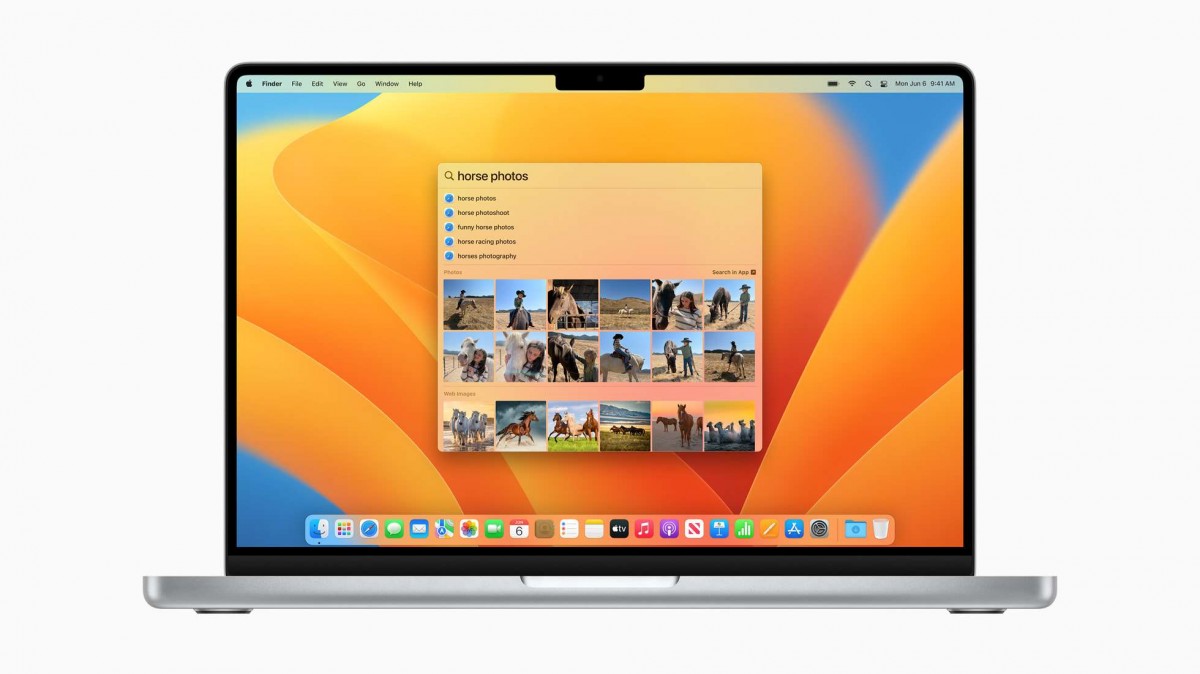 Passkeys are a new password-replacement feature within Safari. They're unique digital keys that are saved on-device, and allow you to sign in securely through Touch ID or Face ID. Passkeys will sync between Mac, iPhone, iPad and Apple TV through iCloud Keychain, and will work across apps, and websites. 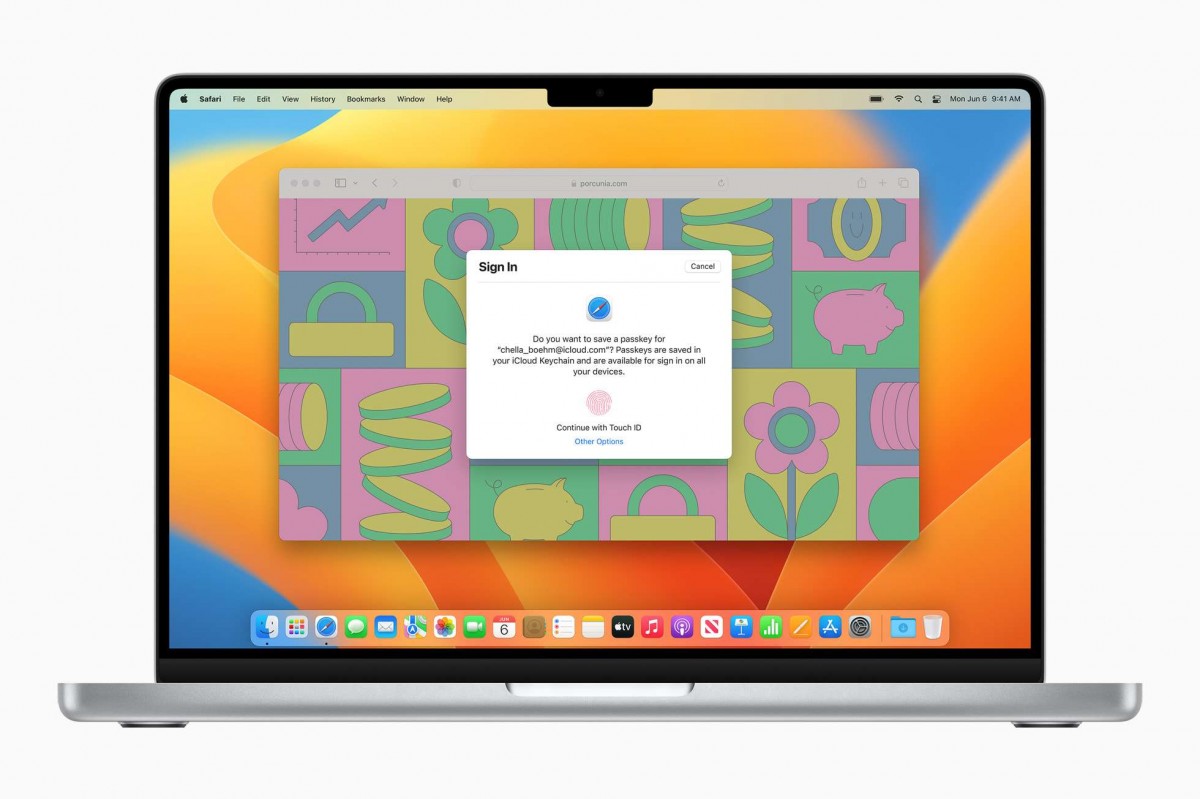 Apple announced Metal 3 with MetalFX Upscaling, allowing developers to render difficult scenes at a lower resolution and then apply resolution upscaling with temporal anti-aliasing. Games like EA's GRID Legends and Capcom's Resident Evil Village are among those that support it.

Members of Apple's Developer Program can get the developer beta of macOS Ventura right now, while the public beta is coming to Mac users next month. The final software will arrive in the Fall.

50 ms would be great, but if there are more wireless devices all around, it usually gets worse, even up to half a second.

Would you really notice even a delay of 50 milliseconds? I think not. And you'll never have such massive delay for things connecting under 1m distance wirelessly.