Sony’s Marshmallow Beta has recently been updated and will bring back one of Sony customers’ favorite power saving features: STAMINA mode. Which automatically shuts down app processes when they are not in use. This feature was first removed from Sony's first Android Marshmallow builds. Most likely because they were working on getting the feature working correctly.

Some users have said that this newest version of STAMINA mode does not offer the same customizability as the Lollipop version of Android VS the latest Marshmallow. But, hey, this isn’t the final version of the product yet. It could change between now and the official release of the public Marshmallow update. 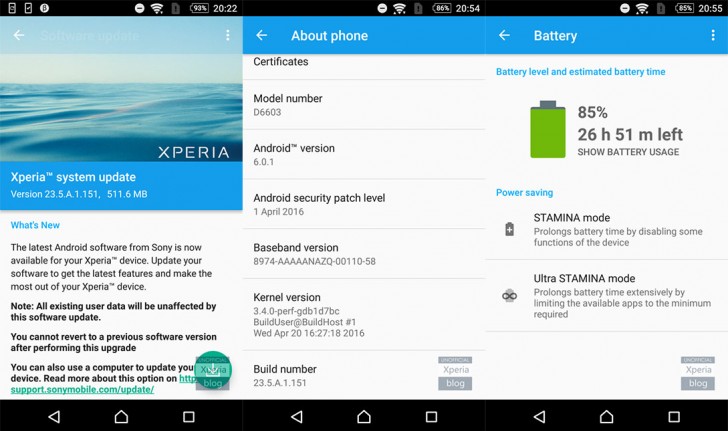 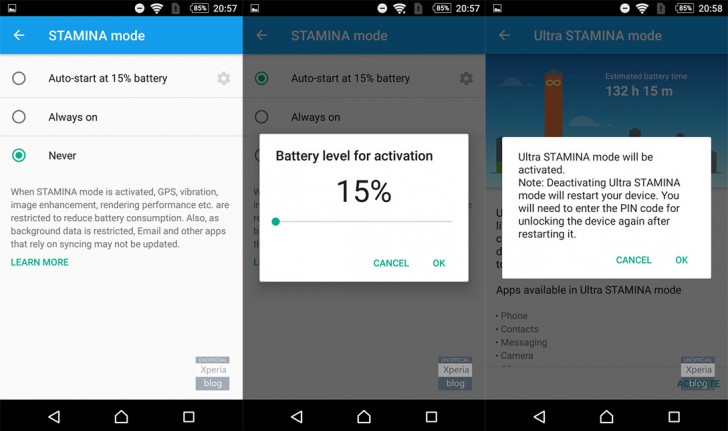 Because Android already comes with the Doze feature built in, Sony must have had some conflicting guidelines for implementing its own feature into its Marshmallow build. Rather than shelf the feature on the newest Android build, it decided to keep adapt it to Android’s new guidelines and re-release it with the public build.

Yes it is very obvious that the older version of stamina mode was much better The new one doesn't make you control the display light, the phone respond improperly and it keeps showing up at the notification bar. I hope you fix it because it was ver...