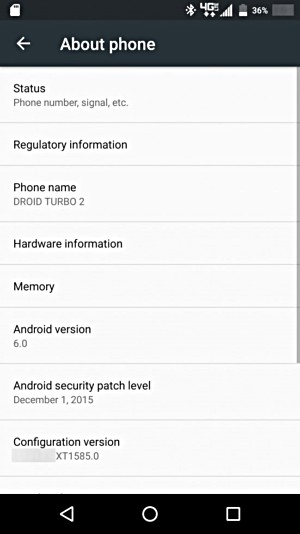 The update, which bumps the software version to 24.11.13, brings standard Marshmallow features including Doze, Google Now on Tap, and redesigned app permissions. It also leads us to believe that Android 6.0 for the regular Droid Turbo 2 would also roll out soon.

Is it Indian version

moto x play started getting 6.0 updtae. i got it today

The level of Android fragmentation is scary. Special edition everywhere.