Samsung has started pushing out a new update to its Galaxy S7 smartphone. Arriving as version G930FXXU1DQE7 and weighing in at around 345MB, it's a security update that brings Android fixes for the month of May. 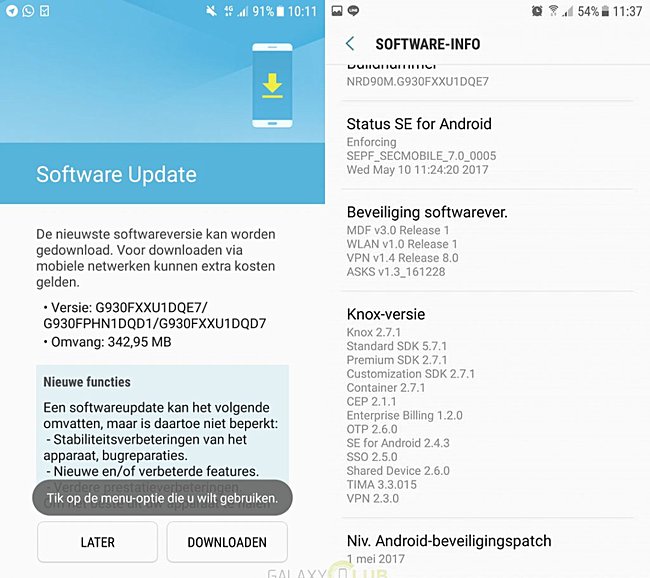 Aside from the latest security patch, the update - which is currently hitting unlocked units in Europe (the Netherlands to be specific) - also includes some stability and performance related improvements as well as usual bug fixes.

There's currently no information on when the 'edge' variant will get the update, although we expect that to happen sooner than later.

Nougat for unlocked Samsung Galaxy S7 now rolling out in US

i received the update already for the s7 edge

I have the 7 edge in the Netherlands and may update is comming in...