MediaTek's MT6893 chipset that's been doing the rounds in the rumor mill these past few days shapes up to be quite the performer. The latest report comes once again from the famous Chinese tipster Digital Chat Station and claims that the SoC is faster than MediaTek's current top-end Dimensity 1000+ chipset. 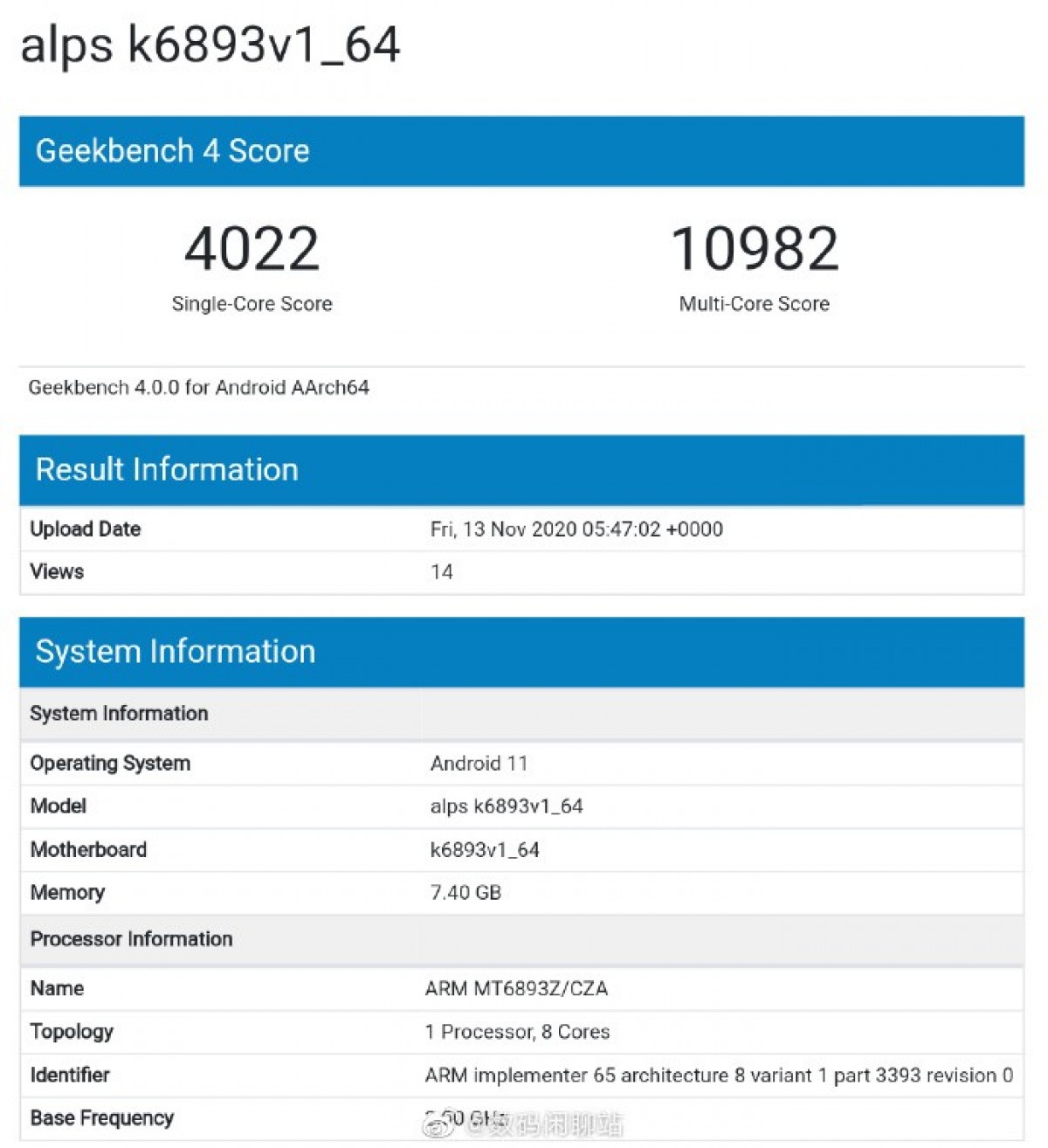 At least that's what the single-core score from the Geekbench listing suggests. The tipster also adds that the main Cortex-A78 core is clocked at 2.8GHz, but that might change before launch, or there might be two separate versions. The most powerful core will likely reach 3.0 GHz instead of the reported 2.8 GHz. The other three Cortex-A78 cores will tick at 2.6 GHz and the energy-efficient Cortex-A55 cluster of four cores will run at 2.0 GHz. The Mali-G77 MC9 will take care of the graphically intensive tasks.

Scores from other competing SoCs

The previous report about the chip said that it will match Samsung Exynos 1080's architecture but use TSMC's 6nm manufacturing process instead and this is further confirmed by the most recent rumor too.

Apple has currently the fastest chip, yet it feels laggy compared to phones with a faster display.

Stronger than Dimensity 1000+! This new chipset will be a great deal for sure!