MediaTek continues its quest to create affordable 5G smartphones – the latest step in that direction is the Dimensity 700, a 7nm chipset similar to the recently-announced Dimensity 720. 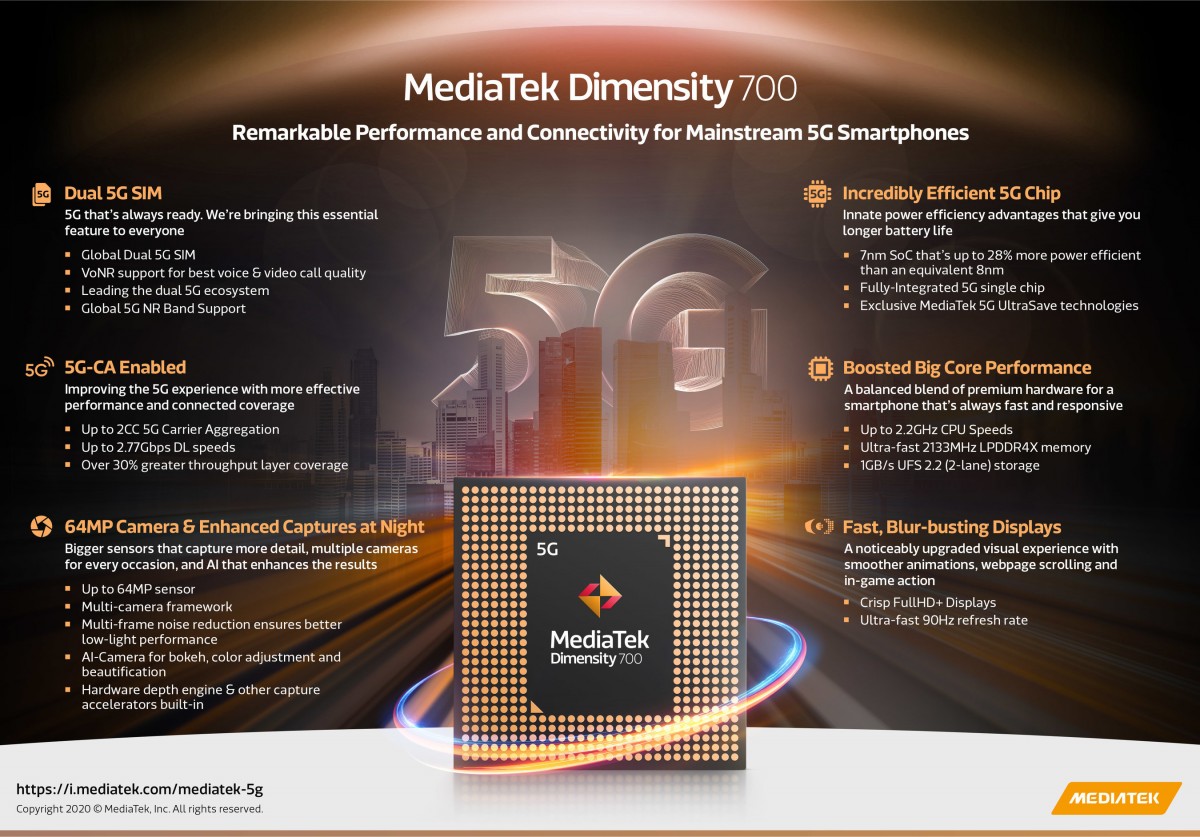 The new chip can drive 1080p+ displays with 90Hz refresh rate, though its GPU is an ARM Mali-G57 MC2, down from the G57 MC3 found inside the 720. Check out the table below for a more detailed comparison between the two chipsets.

The Dimensity 700 is limited to 1080p resolution for video capture, while the 720 goes up to 4K, which makes it more suitable for mid-rangers. For photos, the new chip can handle cameras up to 64MP and features multi-frame noise reduction and several AI enhancements.

Speaking of AI, multiple voice assistants can run on the chip, including the ones from Google, Amazon, Alibaba, Baidu and Tencent.

MediaTek also added two chipsets meant for Chromebooks to its stable, the MT8195 and MT8192. The MT8195 is the more advanced option, fabbed using TSMC’s 6 nm process and featuring four of the latest Cortex-A78 cores in addition to four A55 cores.

There’s also a 5-core Mali-G57 and an APU capable of 4 TOPS, which can be used for voice and image recognition (including ultra low power voice wake-up). Dolby Vision, 7.1 surround sound and AV1 decoding are all supported.

Chromebooks using the new chips will be out in the second quarter of 2021.

Yeah when will that time come, its kind of strange that Dimensity have been getting so much attention yet Gsmarena didn't review any of them yet