Meizu will join the growing list of companies that ship premium phones without a charger in the box – and it looks like the first phones to have that “honor” will be the Meizu 18 and 18 Pro, which received certifications in China. 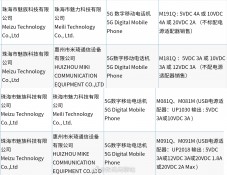 This year we’re expecting three models in the premium lineup, including the Meizu 18 Max with 120W fast charging. The company has confirmed that it will launch a phone with the Snapdragon 888 in the Spring.

Presumably, that refers to the Max as (according to rumors) the Meizu 18 and 18 Pro will use the Snapdragon 870 instead. All three models should be unveiled simultaneously, so expect the event some time in the March-May period.

Same reason they did before... MicroSD for selling much more expensive double storage 3.5mm for selling their FWS (F=fake) head phones, or wired type-d craps. Now they removing charger because they want to sell their chargers 3x expensiver.....

I will Never buy a phone without a charger period. Many options to choose out there.

I am waiting for the day when companies will announce that people will get the box without phone or they will ask people to courier their bags so companies will courier back the mobile.