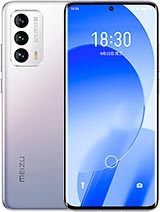 Has anybody tried installing the Play Store?

Rare to see a phone slimmer than 70mm, with a screen that large.

you know it's too difficult to find a small screen mobile. except iphone mini(battery from iphone 4 emm..,) , the rest option I suppose is meizu 18S. Jobs said 4 inch is the best size to human. thanks full-screen technology developed, which re-defined bigger than bigger.(heihei)

loved my pro5 but had to stop using it when it was impossible to run any EU software like netflix etc.
They are making really cool phones hope they will come to the wider audience

Everything looks pretty good on paper. But once you got it, their system have so many glitches like sudden unresponsive screen and internet connection drop.

forhad-61, 23 Sep 2021Anyone like me who finds FlyMe OS interesting? Though I use... moreMeizu always been unique to me. But there's not the possibility to have it with global software and eu bands. My 16s global worked flawlessly so thin and lightweight. So good under all aspects but was stuck on android 9

JdRDMS, 23 Sep 2021Look, I might admire Meizu (I said on the Meizu 18 page tha... moreAgreed they make gorgeous phones shame they don't focus more on international presence their brand can easily win a huge fan base. I personally love and miss the compact phones and this 6.2" screen size is more or less perfect. The SD 888+ is overkill though, something like 870 or even 7xx would bring the price down and fly off the shelves in any country in the world.

Anyone like me who finds FlyMe OS interesting? Though I used it in another mobile through a Custom Rom, so can't tell much about the real deal.

ouch unf we forgot to put a battery in it so you can put 2 AA4 1.5V and it'll work fine we think

Look, I might admire Meizu (I said on the Meizu 18 page that I would've considered if not for two issues I'll go into momentarily), but these 18s models are just unnecessary. The two issues I had with the Meizu 18 were lack of carrier availability and no software support. Other than that, I really like the Meizu 18. Reasonably compact, good screen, powerful chip, decent camera specs (no idea how they actually perform though), and nice-looking design. Meizu makes good hardware, and I like the look of Flyme OS (though tbf I'm pretty easy to please, I like the way almost all Android skins look, including MIUI, but Flyme just looks good), but they are just wasting resources with the 18s and 18s Pro. The money Meizu spent ordering Snapdragon 888+'s, creating the Pink color on the non-Pro, and marketing the new models could've been spent on working towards a international launch and post-launch software support. This is especially the case when the Snapdragon 888+ is the only difference between the regular and s versions. Like I said on the Meizu 18 page, the Meizu team clearly has a lot of talent, and I do hope they're able to compete globally one day, but without that, these s versions look even worse. If I were considering the Meizu 18, I'd replace it with the 18s, as the 888+ can't hurt, but that doesn't change the fact that Meizu is just wasting valuable money on these minor refreshes.