Meizu has already scheduled a MWC press event on February 28 in Barcelona. Its slogan is Faster Than Ever, but that's all the hints we got so far.

According to the latest rumors though, the star of the Meizu show will be mCharge 4.0. That's quite obvious in fact, just look at that big lightning sign on the invitation. 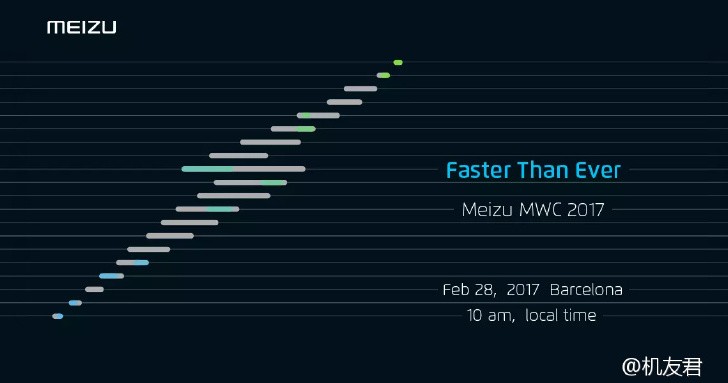 The next iteration of mCharge should further improve on the technology and could fully charge a depleted smartphone battery in just 45 minutes. The 4.0 revision is rumored to use a 9V/4A charger (36W), which means it will charge at lower 9V voltage (down from 12V) but at higher current. Long story short - faster charging, lower temperature.

Meizu has recently launched quite a few smartphones, including the Pro 6 Plus, M5, M5 Note, and M5s, so we might have to wait a while for the Pro 7 to see the mCharge 4.0 in action.

[Flames] Red Meizu Pro 6 Plus shows up in live images

realy i wanted this phone because of battery and samsung expirience

And your battery cycle will be "shorter than ever"