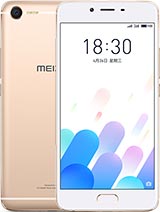 This device does not actually run Android 7.0. It runs Android 6.0.1

This is one of the best value for money phone u can currently get (64gb/4gb), i brought it in china.
The performance for Daily task is above average.
Games running smoothly.
Battery life is decent, fast charger from 20% to 100% in less then hour.
You will get nice picture from the camera but not outstanding 8/10.
Beautiful display and decent design.
You can't get wrong with the price. Overall 8/10

Want to buy
I'm in INDIA

i want to buy Transformer editon

What are the specific 3g/4g bands. Need real numbers

Amit, 17 May 2017Tell me some one about Meizu e2 About its processor camer... moreIt has helio p20 processor which is better than sd chips and it has flyme ui which is buttery smooth.

Tell me some one about Meizu e2
About its processor camera battery backup and storage capacity
All about who can tell me about this phone????
Please help me
I want this phone

Is this phone has ir blaster
And volte support

Really Android 7.0 (Nougat) and we waiting international version? Or this is Yun OS and this is gsmarena mistake?

I am using Meizu almost 2years. And the Flyme is the best. My opinion. This model is best looking from Meizu. I like new design from back cover. I prefer 5" but this model look really good. I hope that Meizu will make some similar model as E2 just with 5 inch.

AnonD-617820, 30 Apr 2017Hahahah obviously it's MediaTek, I hope Meizu create their ... morei wish this device use chipset that support ClearMotion tho, like MTK6592(old),MTK6595(old),Helio X-series. my device altho old model, Meizu MX4(MTK6595), it has ClearMotion(need root to enable it), but still better than non-ClearMotion device, very nice watching videos (HW capable video player). i think no clearmotion on non-flagship mediatek chipset like P-series..what is ClearMotion? easiest to explain, 30fps video but with ClearMotion you watch like 60fps..

[deleted post]And this surprises you why? Have you not seen Mac computer and Windows computer starting in the 80's till now. They completely merged in the end. Same stuff, doing same thing. Boring.

AnonD-617820, 30 Apr 2017Hahahah obviously it's MediaTek, I hope Meizu create their ... moreAt least it's better than the helio p10 that many companies are still using

For its price and specs this phone can rule the market. Behold new midranger flagship you stupid greedy companies like Samsung Sony and so.

Hahahah obviously it's MediaTek, I hope Meizu create their own Chipset as soon as possible. Just boring with Mediatek