The China-exclusive Meizu E2 was officially announced a couple of days ago, and it's currently up for registrations in the Asian country. It has received over 3 million registrations so far. 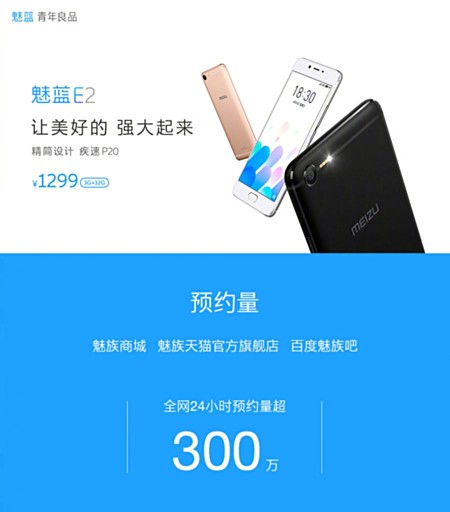 It's worth mentioning that the 3 million figure just represents the number of registrations for the sale, and it does not mean that this many people actually pre-ordered the phone.

The handset - which starts at around $190 - will be up for grabs tomorrow in a flash sale. It's unclear how many units will be available, if you are interested.

Meizu E2 goes official, but it won't be leaving China

Meizu E2 gets certified by TENAA ahead of possible unveiling tomorrow