Meizu M1 Note launches in India on May 20

Just like we told you a few days ago, today Meizu has officially announced its entry into the Indian market. The Chinese company has been teasing this since March, so it's good to see things finally start happening.

The first device to be officially sold by Meizu in the subcontinent is the M1 Note that was first unveiled this January. The smartphone will go on "open sale" on May 20 at 2 PM local time. 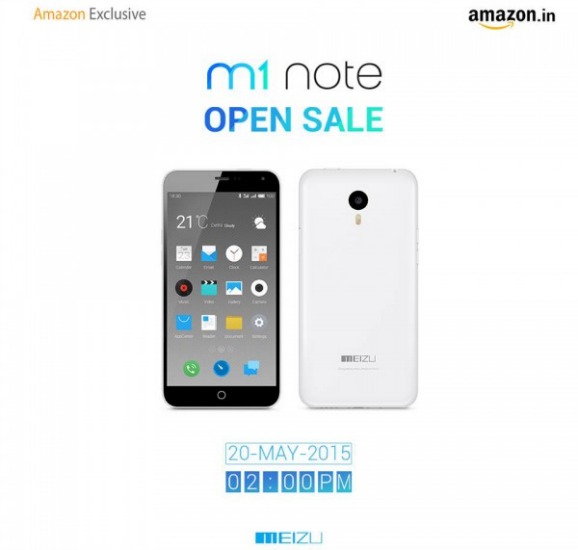 Meizu's exclusive retail partner for India is Amazon, as you can see from the promotional image above. By the use of the words "open sale" we gather that this release will not require a pre-registration, which is what usually occurs with Xiaomi's sales. On the other hand, it's unclear how many M1 Note units Meizu will have available in a couple of days, as is whether it will sell out quickly or not.

An intriguing fact is that Meizu and Amazon decided against announcing the price at which the M1 Note will be offered in India. As the sale starts in just two days, we'll find out soon enough, but it's still a bit baffling to leave that out of such an introduction.

I would really like to buy the Quad Core Meizu M1 than Octa Core Meizu M1 Note. Because with Octa-Core's heating would be sure concern and If my memory serves me correct it was Meizu which was donned as Apple in Android for affordable prices not...

So meizu is selling unsold or may be refurbished units in india....understd peoples