The successor to the popular affordable Meizu m1 is apparently in the works, and by the looks of it, the m2 might be announced as soon as the end of this month. Publications in Chinese tech sites reveal that invitations have been sent out for a launch event, though no date has been specified, nor the product to be launched.

Meanwhile, a photo has surfaced, portraying the alleged back panel of the Meizu m2, or rather a whole box of them. The panel is a glossy plastic affair similar to the previous model, so no surprises there. 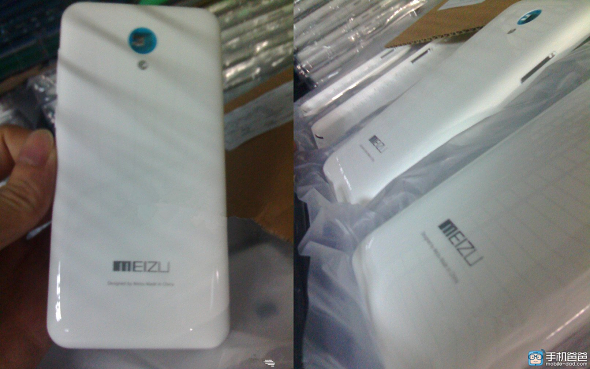 Aside from the photo, sources have revealed some info on the innards of the Meizu m2, which may become official less than 6 months after the m1 was announced. Oddly enough, the new model is tipped to come with a 4.6-inch display, a step back from the 5 inches of the predecessor. It will still reportedly have FullHD resolution though.

A Mediatek MT6753 chipset is said to power the phone, which is one of the Chinese manufacturer's midrange offerings, and offers global LTE support. It features an octa-core Cortex-A53 processor and Mali-T720GPU, joined by 2GB of RAM and 32GB of storage.

We'll have to wait and see what the event later this month will bring. If we're lucky it may be the new Meizu MX5 instead, which has already gone the established road and passed Chinese regulatory certification.

Or rather, smaller or bigger size isn't new nor old tech

This news is about a new phone, not yet released, smaller, with a 4,6" HD screen. It's not about m2 note. No note, no phablet, just a compact smartphone.